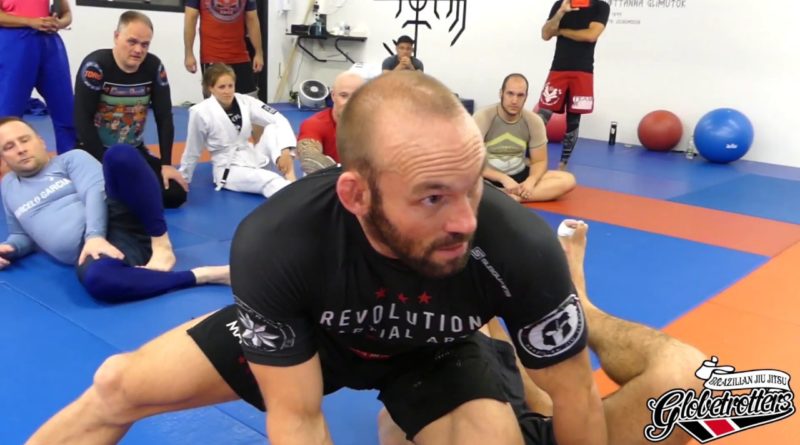 Steve O’Keeffe or ‘The Spartan’ is a 1st Degree Black Belt under Marco Canha, he also has an extensive martial arts background in Taekwondo and Judo – both of which O’Keefe is also a black belt in – meaning he holds three black belts. O’Keeffe started martial arts very young, picking up Muay Thai and Taekwondo at just age nine, and started BJJ ten years ago. As well as a BJJ savage, O’Keeffe is also well-known inside of the cage – holding a pro MMA record of 9-4-0.

O’Keeffe also faced the opportunity to fight Conor McGregor on Cage Warriors 45 back in 2012. Unluckily for O’Keeffe, McGregor stole the win. But reflecting back on that experience, when asked what he would have done differently (if anything) to get the win he states that he lost before he even entered the cage, “When I fought Conor my wife was eight months pregnant with our first child. I had just bought a house, and started working full time. I would have trained harder. I had lost before I got in there and had nowhere near my usual confidence.”

However this didn’t stop “The Spartan”, and he’s still both an active grappler and MMA fighter. He rates his best MMA fights to be between either Artem Lobov where he won via rear naked choke (CW 43), or his comeback fight against Sean Carter (CW 84) where he won via heel hook. O’Keeffe’s last BJJ fight was in July 2019 at Battle Grapple where he won via kneebar against Jack McGee. A real submission artist.

What Got O’Keeffe Into BJJ?

“After playing a season of professional football I decided to get back into martial arts again. I have also been very competitive and played a high level in other sports, so I was eager to compete. I trained MMA for a month and then was told if I want to fight MMA I need to start BJJ. Soon after that I quit my job and started training full time.”

Now O’Keeffe runs his own gym in Kent, England and has been coaching sports since he was as young as 16, “I have been teaching sports since I was 16 years old. I have a degree in sports development. Coaching is something I feel I do well. I have always tried to make myself a better coach so I can change people’s situations. I have worked in inner city areas for years with charities working with young people in deprived areas or situations. I like to get people involved in sports and see the difference it makes to them.”

O’Keeffe’s favorite submission is a toe hold and he labels his fighting style as “floaty”.

Read my most recent fighter profile of Next Generations Ben Hills here.