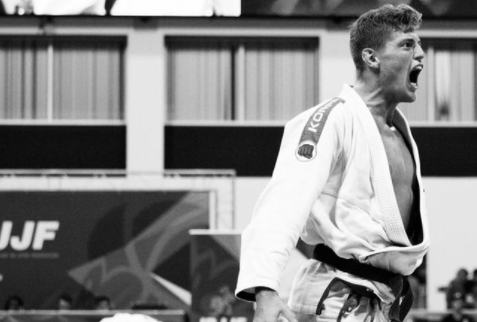 The 2021 IBJJF Worlds take place on December 9-12 in Anaheim, CA, with black belts scheduled to compete on Saturday and Sunday. Thanks to the global COVID-19 pandemic, this will be the first Worlds since 2019, making it one of the most anticipated and stacked world championships in recent memory. Read a preview of the middleweight division here.

In general the ultra heavy division looks like a three-man race between Victor Hugo, Roberto “Cyborg” Abreu, and Nicholas Meregali. Indeed, they are the bracket’s most accomplished and established competitors.

A two-time world champion, top-seeded Nicholas Meregali will look to capture a title in his third division. With a bye in the first round, Meregali is likely to face Abreu in the second round in what would be one of the tournament’s most anticipated early match-ups. Meregali holds a 2019 submission win over Abreu, but has competed little over the past two years. And when Meregali has competed, he’s seen mixed results, losing to Gutemberg Pereira at BJJ Stars earlier this year.

Abreu, on the other hand, has been relatively active in competition this year, albeit exclusively in no-gi. He won the ultra heavy division at the 2021 no-gi worlds and earned second in the absolute division, and looked to be in top form.

The winner between Meregali and Abreu will, in all likelihood, face Ribeiro brothers black belt Victor Hugo in the semifinals. Hugo is a massive, athletic competitor with a dynamic game. Interestingly, Hugo has both wins and losses against Abreu and Meregali.

On the other side of the bracket, look for GF Team’s Max Gimenis to meet highly-touted prospect Igor Schneider of Dream Art in the semifinals. A 2020 European Open champion, Schneider could announce himself as no longer a prospect with a win over Gimenis or even a close match against Meregali, Abreu, or Hugo.

How to watch: The 2021 IBJJF Worlds take place on December 9-12 and will air live on FloGrappling (subscription required).