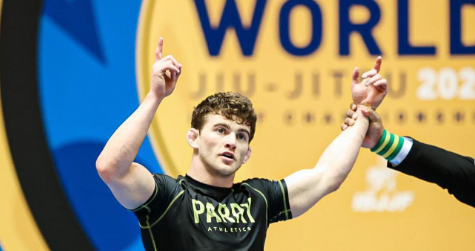 Below are results and highlights from the black belt divisions of the 2022 IBJJF No-Gi Worlds.

The 2022 IBJJF No-Gi Worlds took place December 8-11, live from Anaheim, CA, with black belts competing on Saturday and Sunday. Results and brackets from every division can be found here.

The weekend saw several standout stars among the black belt ranks. On the women’s side, Ares BJJ’s Elisabeth Clay earned gold in both the middleweight and open class, racking up submissions along the way. Notably, in the final of the open class, Clay avenged a loss to recent ADCC gold medalist Amy Campo. Campo had a strong showing in the medium heavy division, where she captured gold.

And in featherweight the featherweight division, Tammi Musumeci picked up her fourth no-gi world championship. Although she competes somewhat irregularly, she looked to be in top form, dismantling the talented Jasmine Rocha in the final.

And on the men’s side, Atos representative Lucas Pinheiro used his relentless pressure passing to win the light feather division, defeating Junny Ocasio and the top-seeded Carlos “Bebeto” Oliveira in the semifinals and final.

Gianni Grippo took home his third no-gi world title in a stacked featherweight division, defeating 2022 no-gi Pans champion Gavin Corbe in the final to cap a sensational weekend for the longtime elite competitor. Grippo showed off his trademark back-takes all weekend, often baiting the leg entanglements to create back exposure.

Returning 2019 no-gi world champion Dante Leon looked better than ever, now down at lightweight. The recent ADCC bronze medalist’s strength seemed to carry over, as his back-takes, wrestle-ups, and takedowns were on point all weekend on his way to his second no-gi world championship.