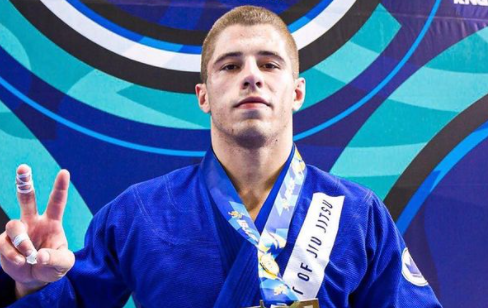 The 2022 IBJJF Worlds take place on June 2-5, live from the Walter Pyramid in Long Beach, CA. This is the premier gi tournament, attracting the best Brazilian jiu-jitsu competitors in the world. Adult black belts will be competing on Saturday and Sunday. View a preview of the men’s lightweight division here.

Tainan Dalpra was Grappling Insider’s 2021 gi grappler of the year, and he’s on the path to repeating that feat in 2022. In order to do so, he’ll have to find success at the 2022 Worlds where he’ll compete in the middleweight division and look to extend his months-long unbeaten streak.

Although he has been a black belt for less than two years, Art of Jiu-Jitsu’s Dalpra already owns two world titles, a Pans championship and a European Open championship. He is arguably the most technically proficient competitor in all of jiu-jitsu; his guard passing is unparalleled.

Dalpra’s first big test will likely come in the quarterfinals, where he has a potential match-up against experienced black belt competitor Jaime Canuto. In the semifinals, Dalpra can look forward to a potential match against either explosive guard passer Ronaldo Junior or no-gi world champion Jeferson Guaresi.

Things get particularly interesting on the other side of the bracket. Number two-seeded competitor Tommy Langaker, fresh off a gold-medal performance at the ADCC European Trials, will face stiff competition early in the form of either Tarik Hopstock or Servio Tulio.

And in the other quarter of the bracket, top Atos representative Andy Murasaki meets Austin Oranday in a first-round match-up that fans will want to watch. If Murasaki advances, he’ll face European Open, Pans, and no-gi world champion Manuel Ribamar in another must-see match.

Ultimately, all eyes will be on Dalpra as he aims to further solidify his pound-for-pound dominance in gi competition. And while he holds recent wins over many of the top contenders like Guaresi, Hopstock, and Langaker, Dalpra no-doubt has a target on his back and will need to be in top form to continue his dominance.

How to watch: The 2022 Worlds take place on June 2-5 and will air live on FloGrappling (subscription required).