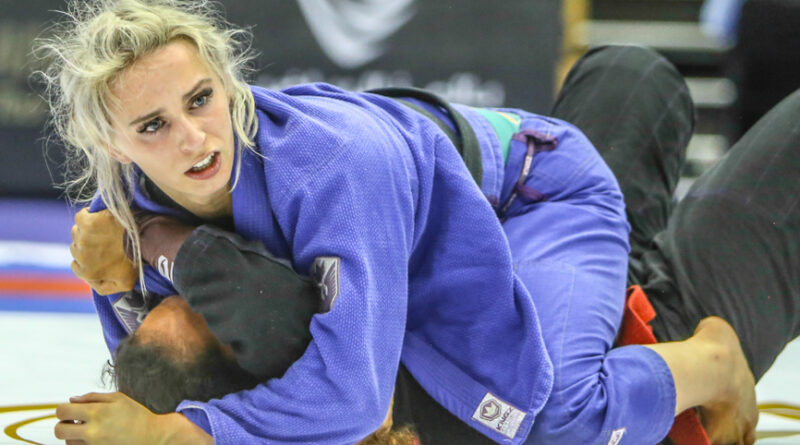 The mount is a super powerful position in BJJ for many reasons, such as: the variety of submissions available, the control you have, and the difficulty that comes with trying to escape a high mount – to name a few.

When you think about it, the mount position is essentially guard but from the top. Arguably when it comes to talking about submissions from the mount, the most important thing is timing. Whenever you are looking for a submission from the mount, you will have to sacrifice some of your structure in order to obtain it. This means the opponent can use this moment to get out, that is why perfect timing is essential when it comes to mounted attacks.

There are many attacks from the mount position but in this article we are going to discuss the three fundamental submissions, the Arm Bar, Triangle and Americana. These submissions are repeatedly used across all levels and it is because they… work – and they work well.

For learning how to maintain the mount position, watch this video (linked below) instructed by the legendary x10 world champion and 5th degree BJJ black belt Roger Gracie:

The arm bar is an incredibly high percentage submission as seen displayed at the highest level of BJJ competition and MMA by the likes of BJJ world champion Ffion Davies (Vs Beatriz Mesquita at ADCC 2019) and retired womens MMA and UFC legend, Ronda Rousey, who has the most arm bar finishes in UFC history.

The armbar should be one of your go-to’s when sparring newbies. The reason for this is that, once you mount them, they will usually flail their arms towards you and try to push you away, or panic, and this gives you the perfect entry to scoot your hips a bit to the side while grabbing one of your opponent’s helpless arms, putting your leg over your opponent’s throat, and then finishing the submission. It may be a bit more difficult to perform the mount-armbar on a more experienced BJJ practitioner due to the fact that they will usually be wary of this technique, and have a lot of defenses in their arsenal.

Therefore if you want to spice up your armbar a bit, try out the S-Mount armbar. The S-mount is one of the hardest mounts to escape from and offers plenty of attacks. When doing S-Mount, the formation of your legs should take on the shape of an ‘S’. The S-mount position is one of the most devastating and uncomfortable positions in BJJ as it places lots of pressure on the chest and ribcage, making it difficult to protect that arm that’s closest to the opponent, as well as it feeling like death for them – making your chance of getting that armbar even higher.

The triangle choke, also known as Sankaku-Jime, is a very popular technique originally found in Judo. This submission is one of the most common submissions (like the arm bar) that is used in competitive BJJ as well as MMA, and from the triangle, you can also get the armbar. This is especially a very effective submission for people with longer legs.

The ideal situational set up for a triangle from mount (preferably high mount) is when your opponent tries to sneak and arm under your leg in an effort to escape. This is because they are now one arm in and one arm out – the perfect set up for a triangle. Simply control their arm, and put your free leg under their head, then you can lock the triangle from there, pull up their head and get the finish.

However when that doesn’t happen, you need to make it happen. Whilst in the mount, slide your leg under your opponent’s neck, isolating an arm.The risk here is losing your position due to imbalance and your opponent exploding and destabilizing you. However, if you manage to keep your position from there, lock the triangle and take your pick whether you want to finish it on top or on your back/side.

Watch BJJ legends and brothers Rener and Ryron Gracie display the mount triangle in detail with transitions to the arm bar here:

If you come from a judo background you might know this submission as Ude Garami, the Americana is also known as a figure four arm lock in catch wrestling. The Americana is a very powerful shoulder lock that is considered to be one of the easiest submissions to do from both mount and side control. The above submissions are ideally constructed in high mount, however when it comes to executing the Americana, starting from low mount is the best as it keeps you heavy and prevents you from being bucked off.

The set up for the americana is fairly easy and it is also fairly safe in terms of keeping your position, and control of your opponent. It gives you the luxury of going for the attempt, and if it doesn’t work you can go right back to the same position you were just at. Many submissions don’t have the same luxury, and come with a possibility of putting you in a less dominant position if they fail.

All you need is to pin one wrist of your opponent to the mat adjacent to their head, the arm should be at a 90-degree angle. You need to control the wrist with your opposite side arm and thread the other arm under the opponent’s upper arm creating a figure four grip which is essential to finishing the submission. To finish, keep your opponent’s wrist on the ground, and lift their elbow with your forearm, and you will get the tap.

Watch 7th Degree Black Belt Renzo Gracie display how to do the Americana below: