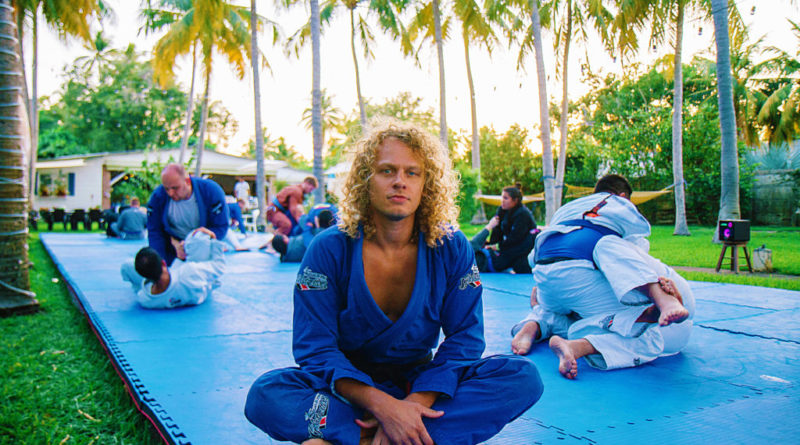 Summers can be tough for BJJ addicts. The gym is half empty. You’re on holiday with the kids and can’t sneak off to open mats. Your patented reverse De La Worm sweep is getting rusty, while your next comp opponent is taking daily privates from Keenan and Buchecha.

Luckily there is a solution: BJJ Summer Camps! We’ve picked out five of the best BJJ camps worldwide; places you can practice your deep-half guard in the morning then sip a few cold Acai cocktails in the afternoon. You’re welcome!

Any self-respecting article about BJJ travelling and training must kick off with the Globetrotters, who run a year-round programme of camps at various sites in Europe, the USA and the Caribbean. These are as diverse as the countries they operate in, ranging from city breaks in medieval Belgium cities; winter camps in the Austrian Alps, through to surf, sand and submissions in St Barth and peaceful woodland training sites in Maine. Truly something for everyone regardless of budget and is well worth a look.

Arguably the best known and most popular summer camp in Europe, BJJ Summerweek, has grown from a small camp to a festival of BJJ with up to 400 students. Taking place over 5 days in Sardinia, features include technical seminars and open mats each day, tourist excursions, yoga, osteopathy and massage. One very cool addition for those trying to fit a family holiday around BJJ training is a programme of activities for families, children and those who are not doing BJJ. There are 11 truly world-class instructors including Rodolfo Vieira, Michelle Nicolini, Nicholas Brooks, Ze Radiola and Bruno Malfacine. This camp surely sets the standard for European BJJ summer study.

The incomparable UK BJJ legend Ben Poppleton who has put together a 2-week camp in the holiday city town of Playa De Las Americas, Tenerife. This will run for 1 week in the Gi, featuring Ben and Judo Legend Steve Gawthorpe, with the second week going No -Gi with the one and only Raspberry Ape, Daniel Strauss. Grappling, surfing, perhaps a night out now and then, with a camp T-Shirt with the tagline “Kiss My Oss”. What’s not to like?

Looking to combine the ultimate dream holiday with perfecting your BJJ technique? Jiu Jitsu Escapes could be the camp for you, featuring quite incredible accommodation in Bali with small class numbers allowing detailed training by world-class instructors. Think James Bond in a Gi.

Last but most certainly not least, this camp features many members of the world’s best known Brazilian Jiu Jitsu tribe, including Rilion, Renzo, Daniel, Rolles, Roger, Igor, Kyra, Gregor and Kayron. This year features an edition in Miami Beach in November, and for the more adventurous, a BJJ Surf Camp in El Salvedor in December. Both camps are run at 5-star hotel resorts.