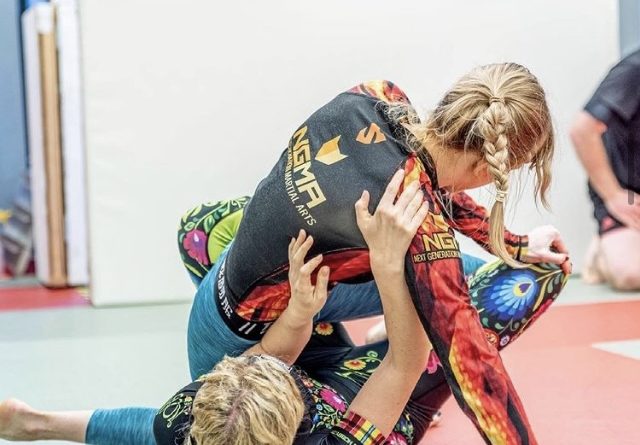 It shouldn’t come as any surprise to learn that passing guard is one of the most difficult elements of Brazilian Jiu Jitsu. Exacerbating this difficulty is the sheer number of countless guard variations that your opponent can play against you. Another difficulty you face with guard passes is that everyone plays every guard a bit differently, meaning you will constantly be facing unknowns when you are trying to pass the guard.

The more time you spend studying BJJ and grappling in general you start to notice a trend: everyone has a different style, or a different approach to their passing methodology. What works for you might not work for someone else (even if you are the same size) and that is all ok.

General rules for passing guard regardless of your size are: to break your grips, remove your opponents hooks, and obtain good posture to make it difficult for your opponent to disrupt your balance or get any sweeps or submissions.

Generally when speaking about passing guard as a beginner, often you will encounter three types of guards which are – closed guard, open guard and half guard. Yes, there are plenty of other guards that an opponent can play but at the beginner level these are the guards that you will encounter the most in terms of % they are used (especially when grappling with other beginners) so that is what this article is going to focus on.

The closed guard can arguably be one of the most trickiest guards to escape, especially when your opponent has their guard locked on tight, but fear not – there is hope!

Double Under Pass: This fundamental BJJ guard pass position works great in both Gi and No-Gi and it is a highly uncomfortable position for your opponent to be in – adding to its efficiency. The goal is to break the guard by going into combat position (one foot up) whilst keeping your partner’s hips pinned, then swim both arms underneath their legs; having the back of their knees on your shoulders and your hands clasped in front of their legs, like you’re hugging them tightly. Keeping an opponent stacked on their shoulders and neck with their legs over their head is what grants the passer control and will hopefully lead you to successfully getting the pass on your opponent. A great example of this pass is demonstrated by BJJ black belt Danny Fung of Experience MMA, watch here:

Knee in the Middle Guard Opener: In this position, you want to control your opponent’s arms by pushing them into the mats at the biceps, consequently keeping their shoulders pinned and keeping your opponent on their back. This control allows you to scoot your knee underneath your opponent’s tailbone/ bum and then stand up into the tripod base. Your knee should still be wedged in your opponent’s guard, then as you sit back down this should open your opponent’s guard, because as you sit, the angle of your back forces the guard to open. Check out below how BJJ black belt and former MMA fighter Fabiano Scherner does this pass.

Trying to pass the open guard can last a while if you struggle to control your opponent and get past their legs. However these two basic passes below can help to combat that issue and help you to build a stronger open guard passing game.

The Toreando or Bullfighter’s Pass: Simple but very effective, especially in the Gi when you have the pants to grab a hold of and should you not be able to pass successfully, you will be in a standing position to try to pass again. To do this pass, the idea is to grab your opponent’s pants (or knees and hip in No-Gi) and then move to the opposite side of where you are pushing the legs to. This pushes the legs out of the way so you can pass the legs and move towards the upper body. Then you push their knees to the ground while you back up and move to the side to pass. For an in depth breakdown of the pass watch double gold medalist and inventor of the worm guard, Keenan Cornelius show you how to master this pass below.

Standing Leg Drag: The leg drag is pretty self-explanatory, it is when you literally drag the leg of your opponent across your body. After this, you can crouch down onto the leg to keep it pinned so your opponent cannot escape and then you move around to the side gaining side control. Simple yet extremely effective. Watch Gracie Barra’s Professor Philipe Della Monica do a step-by-step breakdown of the leg drag pass below:

Arguably the most successful and common pass from half guard is the knee slice/ knee cut; it is uncomfortable for your partner and a high percentage pass, but you need to be careful to avoid getting your back taken. According to BJJ black belt Tom Barlow, in 2017 there were 50 guard passes in the Black Belt division (a pass has to score 3 points or held for 3 seconds to be counted). Of those 50 passes, 16 came from the knee slide! That’s 32%!

Knee Slice: The knee slice is often done against half guard. After securing the far underhook to prevent your back from being taken, you can then slice your knee past their leg onto the mat and then force your way forwards into side control. If the opponent traps your leg whilst slicing, you can kick it off with your other foot. The position can be easier to get into than leg drag or double unders, but keeping your balance can be tricky. The goal is to get one leg in between your opponent’s legs, using it to staple one of their legs to the mat and then pass.

When encountering the three guards above, as well as most guards, there are types of movements within passes that can be used to pass the guard, these are:

All types of passes can generally be split into two types of passing: pressure passing (staying close and tight to the opponent) and movement passing (using speed, movement and agility to pass).

A lot of the moves in your arsenal will more often than not depend on your body type. Some passes will work better when you’re smaller and faster however, others will work better when you are bigger and stronger. For example: smaller people can have more success passing the guard using strategic inversions meanwhile the bigger grappler will have more success with using pressure to keep their opponent pinned and smash passing.

Also, it is worthy to see what grapplers who are physically similar to you are doing. When it comes to guard passing for the smaller grappler, take a look at Marcelo Garcia’s instructionals as he has a top passing game. For the bigger grappler, take a look at some of Gordon Ryan’s instructionals on pressure passing and body locks, there should be plenty of helpful tips in there to help you create a successful guard passing game.

Read my previous article here: ’30kg Heavier? Smash Me, I Love It!’