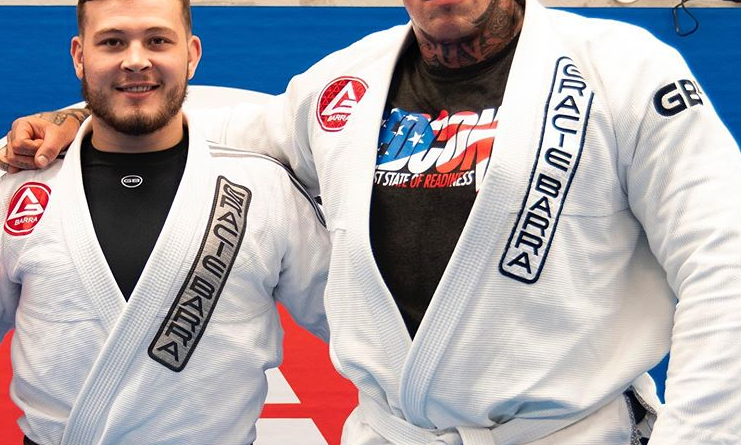 British bodybuilder, actor and aspiring MMA fighter Martyn Ford has stepped back on to the mats at his gym – Gracie Barra Sutton Coldfield, in preparation for his debut MMA fight.

The Jiu Jitsu Times also notes that his size could give him a humongous advantage, despite having not trained frequently because of his other commitments. Ford, the magazine says, “is just a white belt, but this is hardly his first day on the mats – he’s been training since at least the beginning of 2016 and is signed with the KSW MMA promotion for an upcoming fight. The reopening of Gracie Barra Sutton Coldfield in the UK is generally good news, unless you have any chance of coming across actor and bodybuilder Martyn Ford in competition.”

However, when he fights guys the same weight, or bigger, like the ‘Iranian Hulk’ (as speculated), it’s going to change the dynamics of the fight completely.

On the reopening of the gym, he looks enormous standing next to his training partner and owner of the gym, Thomas Bracher. Says Middleeasy.com: “Sure, size may not matter in BJJ, as we have seen numerous times, but there is no way that training with this beast of a man is easy.”

Here is a video back in February 2020 of Ford training, where he absolutely devours white belts who are half his size, to the beat of some heavy rock music.

And they say “size doesn’t matter”…

Lucy Wynne has 120 posts and counting. See all posts by Lucy Wynne