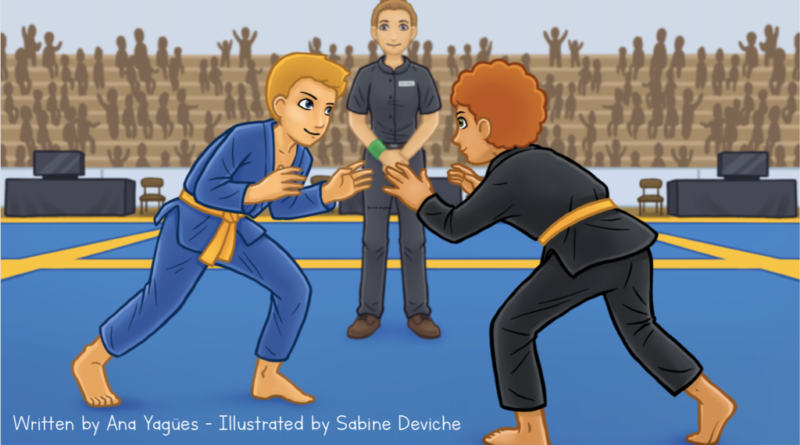 BJJ is always full of people wanting to give back to the community in new and exciting ways, and we’re about to get a new children’s book, aiming to teach children the ruleset they’ll be competing under when they first step on the mats. It should come as no surprise that the rules of the sport can be confusing for first-timers, seeing as we have no universal approach or sanctioning body. But for those of you who started as adults, imagine how much more confusing the rules can be for children, some of whom might be competing only a few months after the first time they ever set foot in the gym.

The book is currently in the funding stage and is titled “Brazilian Jiu-Jitsu – The Rules Of The Game“. It’s going to take a look at the IBJJF ruleset only, as this is the most common ruleset for competition in general and even moreso for children than adults. This only adds to the importance of the book, as the IBJJF ruleset explicitly bans certain techniques like Knee Reaping etc. which is something that can be very difficult for small children to understand and subsequently avoid.

We reached out to the book’s writer and illustrator, Ana Yagues and Sabine Deviche respectively, and managed to obtain the below statement:

“We hope this book will be a valuable resource for the BJJ community, will help foster enthusiasm and excitement for the sport, and will help make competitions seem a little more accessible for anyone just getting started.”

The writer of the book, Ana Yagues, is a 40 year old black belt living in Hamburg, Germany and is the proud owner of Nexus Fighter Academy, coaching both children’s and adult’s BJJ classes. Yagues is not only an active competitor but she is also the first woman in Europe to have refereed for the IBJJF, UAEJJF and NAGA, so it’s safe to say that she knows her way around the rulesets.

For anyone interested in learning more about this venture or supporting it by donating to the KickStarter, click here for more.