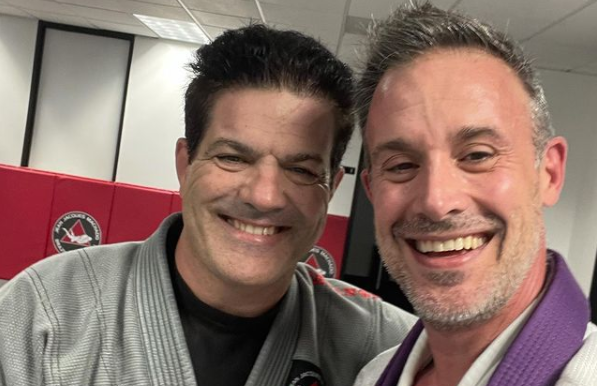 Freddie Prinze Jr., one of the biggest television and movie stars of the 90s and early 2000s, has leveled up in jiu-jitsu. On Thursday, the actor announced that legendary jiu-jitsu player and instructor Jean Jacques Machado has promoted Prinze to the rank of purple belt in BJJ.

Machado had kind words for his student following the promotion:

“I remember we met years ago when you were a teenager, not knowing years later you will become a super star, later in life we saw each other and start training JiuJitsu again few years later after an incredible commitment and dedication I felt you are ready to step up, congratulations on your purple belt,” he wrote on Instagram.

Prinze Jr. first became widely known for his roles in the late-90s blockbusters I Know What You Did Last Summer and I Still Know What You Did Last Summer. He continued to stay in the spotlight with roles in Scooby-Doo and Scooby-Doo 2, as well as guest appearances on TV shows such as Friends and Boston Legal. A longtime MMA and professional wrestling fan, Prinze Jr. has previously worked with the WWE both behind and in front of the camera.

One of the most experienced jiu-jitsu practitioners in the world, Jean Jacques Machado is a seventh degree coral belt. An ADCC champion and Sambo national champion, Machado has instructed a number of famous and high-profile jiu-jitsu practitioners, including 10th Planet founder Eddie Bravo, Joe Rogan, and Chuck Norris.