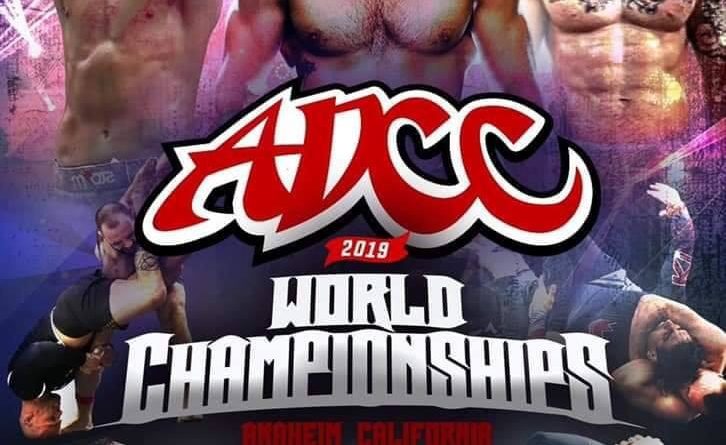 The 2019 ADCC Absolute bracket and play by play will be posted here. With $40,000 on the line this is one of the biggest and most prestigious competitions in the grappling world. The action is guaranteed to be fantastic.

Tex rushes to the center, sits guard and rips a straight ankle lock in seconds. Thor taps in what may be the fastest finish in ADCC history.

After a long draining battle, Aly pulls off a standing heelhook ten minutes in and gets a verbal tap.

Gordon sits guard and takes his time but slowly creeps to single leg X and gets a sweep. Instead of getting on top he opts for a heel hook and gets it easily

Holy cow! Gary jumps for a scissor takedown and heelhooks Edwin in seconds! Fifteen seconds to be exact. Garry-Freaking-Tonon!

Big size difference lets see what the Aussie can do.Lachlan goes to bottom and inverts looking for leglocks.Lachlan gets a bite on a heelhook but Kaynan gets free. Lachlan Giles is relentless and he taps the +99kg champ.

Lachlan Giles wins via submission with a heelhook

Gaudio wins via points in regulation.

Almeida “Buchecha” squeaks out a three point victory for the win.

The match starts playfully and Gary even kinda gives up his back. Gordon works his signature back attack system and taps out his instructor in short order.

Giles sat down and went straight to, you guessed it, a heelhook. Almost got it too but Partick got back on top. Patrick really running from leg attacks. Giles chasing him down like a bear mauling a cancer patient. He laces up a tight heelhook and gets the tap. Wow!

Buchecha attacks a heelhook, but Aly is out. Buchecha is now on bottom and Aly,  Aly is floating on top and looking for the pass,the referee is calling for action, bu Aly can’t get offense off. Buchecha is attacking from deep half and is coming to take the back and gets two points and scored the rear naked choke ! Wow!

This is going to be epic. Giles tore through his two opponents despite huge size differences. Giles hits bottom position fast and is actually getting deep on some leg attacks. Gordon staying cool and working an outside heelhook of his own. Giles defends and Gordon gets on top.

Ryan pressure passing in top half guard, really taking the leg attacks off the table. Lachlan manages to invert under Gordon. Gordon starting to play the big man game now, passes guard and mounts Giles. Gordon getting on an arm triangle. Now he transitions to a mounted triangle and considers going to mount before deciding better of it and back into mount.

Giles is really helpless here. Ryan taking the back and sinks a body lock. Only a matter of time now. Gordon isolates an arm, goes for a neck crank and gets it.

Gordon wins via submission and advances to the Absolute Finals.

Giles sits guard and is looking for a heel hook immediately. OH MY GOD Giles gets a heel hook and takes the bronze.

The moment you’ve been waiting for is here. This could go either way, but no matter what happens this is the last time we’ll see Galvao on the ADCC mats. Galvao is pushing the pace. Both are jockeying for position. Pena needs to try get scrambles going, but Galvao is being so so aggressive here.

Galvao hits a big double and Pena looks to go for the leglocks immediately. Galvao gets to his feet and Pena plays some seated guard. Galvao is looking to smash pass, but Pena is retaining well. Galvao is looking strong here, but maybe Pena’s game is to take it late.

Points are live and Galvao is pushing hard. Felipe is looking to invert and attack the legs but Galvao is out. Galvao is going side to side looking to pass. Galvao gets close on the pass, but Pena somehow gets his right foot in to block the pass.  Pena transitions to a leg, gets a decent bite, but Galvao explodes out.

Galvao tries the knee slice but can’t get it going against Pena. Pena plays some knee shield, perhaps looking for a leglock, but Galvao’s base is too strong.Pena gets a deep bite on the leg again, but time runs out.

Galvao hits the big take down but Pena goes off the mats and hits the announcers table. Pena looks hurt. There’s swelling on Pena’s ribs, but he continues. Galvao attempts another takedown but Pena gets out. Pena looks very tired.

Galvao gets close with a takedown but they scramble out of bounds. Another takedown lands off the mat Pena looks really injured. They’ve reset in the middle, Pena needs to scramble to turtle or lose points. Pena gets to turtle, but Galvao eventually got 2 points and with a few minutes left, Pena is injured and behind.

Pena needs to score, with 5 minutes left he needs a hail mary. Pena’s in butterfly half looking to get some leglocks going.

This may be the biggest ADCC finals in history? It’s classic youth vs experience battle. Gordon’s new school leg attacks vs Almeida’s fundamentals. If Ryan wins this it’ll be hard to argue that he’s not one of the best no gi grapplers in the world if not best overall grappler.

Both men have a calm, methodical style. Gordon shoots into a head and arm from Buchecha and Gordon retreats to guard. Buchecha wades in with a body lock guard pass. Gordon is keeping him at bay. Gordon gets a beautiful sweep and stands over Buchecha now. Gordon is trying to speed pass but Marcus defends and is now back to his feet.

Marcus is upset over something, maybe perceived hand slaps from Ryan? Both men are still standing, three minutes until points come in. Buchecha had an underhook and looked like he might get a takedown but had to ditch out. Gordon pulls guard, again right before points come in, smart. Ryan avoids the takedown game, his knee definitely still isn’t 100%.

Gordon playing his signature butterfly guard. Points have begun. Marcus’ hand fighting to keep Gordon from getting under his base. Doing a good job negating Gordon. Danaher looking intense in the corner, not yelling, just stoically giving instructions.

Buchecha is finding some creative ways to deal with Gordon’s butterfly guard. Hand control, weaving a hand in between Gordon’s legs. Gordon looks like he’s considering standing back up here.

Buchecha gets his first warning for backing away. After that it’s a penalty. Marcus just putting up a solid defense here, but not really risking a pass yet. Gordon trying to attack with all sorts of things but clearly doesn’t want to wrestle. Gordon butt scooting to Almeida now. He stands and sits immediately, some people in the crowd are upset he didn’t get called for that.

Time is up and we’re into overtime 1. Fighters are reset and Gordon has to wrestle now unless he can find a creative way within the rules to get to guard. Buchecha shoots and gets a front headlock but Gordon can use this to safely get to guard. Crowd isn’t happy but it’s smart use of the ruleset. Gordon is back to his butterfly guard. Tries an armdrag but Marcus literally winks at his corner as he shrugs it off.

Marcus is doing better against Gordon than any other ADCC competitor. He may even be baiting the armdrag now. Whoa, Buchecha gets a penalty for passivity. That’s big. Marcus needs to get moving now. Gordon sticking to his butterfly guard. Buchchea backs up again, has to be careful he doesn’t get another penalty.

Brazilians are chanting now. Feels like USA vs Brazil here, or maybe Gordon’s just that unpopular. Marcus sits back for a heelhook and Gordan laughs at him, Buchecha laughs back and now the whole arena is chuckling. Marcus wisely abandons it and Gordon is actually working a back take and getting dang close. Buchecha escapes and is again sitting back for leglocks, might as well. Time elapses and Gordon has it 0 – -1

Gordon wins and is the ADCC absolute champion!

admin has 108 posts and counting. See all posts by admin