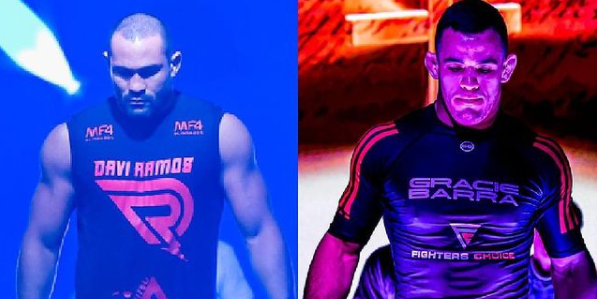 Fight to Win 177 is quickly shaping up to be one of the promotion’s best offerings of the year. On Friday, Fight to Win announced that ADCC champion and UFC veteran Davi Ramos will be taking on elite black belt Pedro Marinho at the event scheduled for Friday, July 16 in Atlanta.

A longtime black belt competitor, Davi Ramos’ biggest career accomplishment is a 2015 ADCC world championship run in which he submitted Gilbert Burns and Leandro Lo. Ramos has continued a relatively active jiu-jitsu competition schedule since then, despite also fighting in seven UFC bouts since 2017. The last time Ramos competed on the Fight to Win stage, he dropped a competitive decision to Garry Tonon.

Gracie Barra representative Pedro Marinho has been one of the year’s most active competitors, and always at the highest level. He has appeared in two Third Coast Grappling grand prix tournaments this year, and is coming off a strong showing at the Submission Underground absolute tournament that saw him submit Roberto Jimenez before losing in overtime to Kyle Boehm.

Ramos versus Marinho is a match that has fireworks written all over it, as long as it doesn’t turn into a battle of ineffectual wrestling. Marinho, with his aggressive takedown game, penchant for jumping on guillotines, and ever-evolving leg lock game, is rapidly becoming one of the sport’s more exciting grapplers. Ramos is a phenomenal athlete in his own right, and his experience in MMA means he will gladly go head-to-head at a high pace with Marinho.

The match joins a gi title match between Kendall Reusing and Maria Malyjasiak.

How to watch: Fight to Win 177 takes place on Friday, July 16, and will air live on FloGrappling (subscription required).