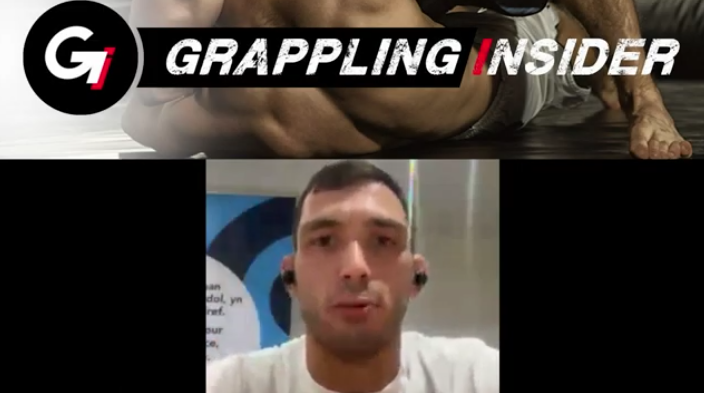 As one of the UK’s top competitive black belts over the past decade, Ash Williams has felt the pressure to win — the expectation of winning. So when Williams punched his ticket to the 2022 ADCC World Championships after winning the first European Trials, it would make sense for him to feel an added sense of pressure and responsibility to succeed on the world stage.

“If I win or lose, or anything in between, it only let me know what I need to change between now and two more years,” Williams said. “So the way I look at it, winning a medal at ADCC, it’s a when not if.”

With the ADCC World Championships now less than a month away, Williams spoke with Grappling Insider about his training and final preparations for ADCC, his chance to make history, his guard passing mindset, his respect for the rest of the 66 kg. division, and a potential match with AJ Agazarm.

“Give credit where it’s due, Ffion is absolutely phenomenal and she’s really is doing the Welsh jiu-jitsu scene a world of good. She’s an incredible athlete. I’m obviously hoping to achieve a similar kind of pedigree that Ffion has and I’m gonna keep pushing my game and keep working myself up there.”

Rather than pressure, Williams sees the ADCC World Championships as an opportunity to create history by becoming the first British male to win an ADCC match. What’s more, he views ADCC as a chance to “open doors,” to establish the belief that a Welshman can succeed at the highest levels of grappling.

“It’s fun to be the first. It’s fun to do something for the first time. That’s why I’m excited for ADCC, because no British athlete, male, has won a match. So if I get on that podium I’ll be breaking all types of records…

“What I’m passing on, what I’m leaving behind me really is belief. I’m allowing the team to believe that we can achieve things that people don’t think are achievable. To say that a Welshman is going to win ADCC. In America and Brazil it might be laughable but over here it’s totally plausible. My team believes I’ve got everything required to do what I’m gonna do. And when I do achieve what I achieve, all it allows everyone else to do is have belief that they can also achieve it. It just allows the team to grow bigger and stronger, so the pressure has almost turned into a reward system now. I feel like I really am giving back by opening doors and I’m sharing my experience with everyone.”