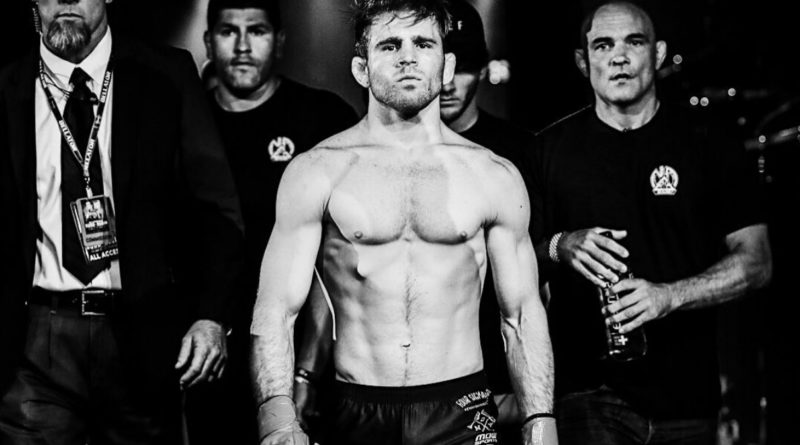 Never one to shy away from controversy, Agazarm lost his 2nd professional fight. However, he plans to appeal it. Agazarm complained that judge David Crosby was “definitely not impartial” and should not have been allowed to judge the fight due to relationships with both fighters. “That should be immediately examined and this fight should be deemed a draw” Agazarm proclaimed at the post fight press conference.

The fight took place at the Mohegan Sun Arena in Uncasville, Connecticut.

After a number of unsuccessful takedown attempts, Agazarm defended against punches off his back. He hunted for submissions, but was unsuccessful. At the midway point, Agazarm scored a sweep against Lencioni. It was from a standing 50/50 position after attempting what appeared to be a calf slicer.  Lencioni briefly got back to his feet. Then, Agazarm secured a beautiful body-lock takedown.

Lencioni tried to stand up, but Agazarm took the featherweight’s back. Eventually he moved to mount where he landed some clean punches, along with an illegal head butt. Surprisingly, referee Mike Beltran did not deduct a point from Agazarm.

Lencioni eventually used his feet on the cage to reverse the position. Finally, he ended the round in Agazarm’s guard.

After some exchanges on their feet, Agazarm shot for a takedown. Lencioni defended while forcing Agazarm to his back.

Lencioni let Agazarm back to his feet but Agazarm scored another body lock takedown.  Again, Lencioni gave up his back.  But just like in the first round, Lencioni was able to spin out from back control and ended up in Agazarms guard.

This time Lencioni finished the round on top and Agazarm wore a bloody cut on his eye by the end of the round.

In the final round, both fighters were visibly exhausted with their hands down.  Through the majority of the round, they traded punches from their feet.  With about two minutes left Agazarm shot for a takedown.  However, he was unable to secure it and Lencioni got on top.  Although Agazarm worked punches from his open and closed half guard, he was unable to sweep or get back on his feet.