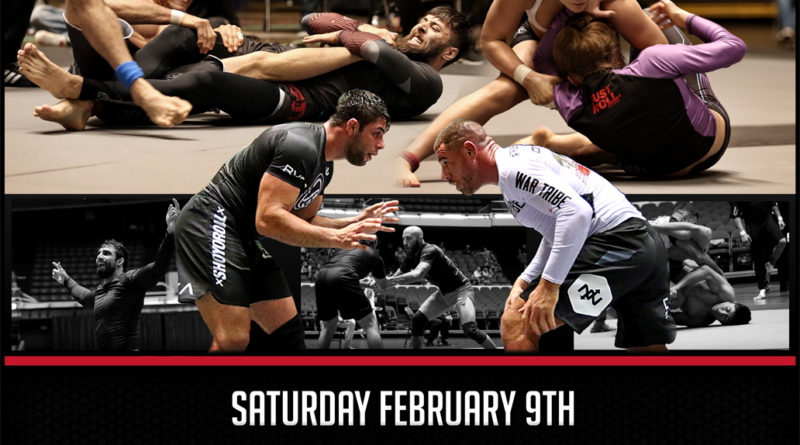 The ADCC West Coast Trials took place this weekend in Burbank, California, bringing a number of notable teams together in competition.

Arguably the biggest standout competitor was Nicky Ryan, the 17-year-old Renzo Gracie prodigy, who finished all of his matches by submission. Ryan defeated Kade Ruotolo by outside heel hook in the quarter finals, then proceeded to secure rear naked chokes over Richard Alarcon and Keith Kirkorian to take first place in the 66kg division. The “Danaher Death Squad” member spoke to Flograppling.com after his final win, playfully stating, “I’m the King now.” We’ll see how Gordon feels about that once he gets out of his knee brace.

Challenging the adult division in terms of speed, precision, and aggression, the teenagers who competed were something to behold. Standouts from this group include Nicky Ryan at 17 years old, Andrew “Pirulito” Tackett (Checkmat) (15), Kade and Tye Ruotolo (Atos) (15), William Tackett (Checkmat) (17), and Roberto Jimenez (Alliance) (18).

Perhaps the most significant performance came from John Combs in the 77kg category. Combs finished all but one match by submission, including a comeback win again Max Rohskopf. Because the division was stacked with talent, Combs escaping a tight spot was doubly impressive. He ultimately finished the match via RNC.

Female standouts Jena Bishop and Amanda Leve won their respective divisions, remaining aggressive throughout their matches. Both Bishop and Leve left with two wins by submission and one by points.

Raquel Canuto’s performance, however, was one of the night’s few disappointments. Canuto, who recently defeated Chelseah Lyons at Kasai Super Series on February 2nd, had a less-than-stellar showing with a quarter final loss to Nicole Evangelista.