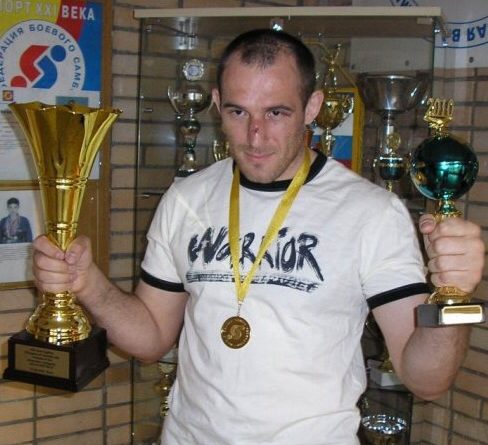 UFC 246 was all about the Conor McGregor hype machine and what Donald “Cowboy” Cerrone would be able to do to him, if anything. But one man snuck under the radar coming into this event, despite having an incredible record of 57-13-1 (6-4 UFC). That man was the Boa Constrictor, Aleksei Oleinik.

Oleinik is known as one of the best grapplers in the Heavyweight division and despite being 42, he’s still able to outwork even the youngest and most talented fighters available on the ground. Being an International Master of Sports in Combat Sambo and 4th degree black belt in Brazilian Jiu-Jitsu under Ricardo Liborio, this shouldn’t really come as a surprise. Oleinik even stepped up recently to face the biggest name in BJJ right now, Gordon Ryan, at Quintet Ultra and despite being outmatched against an opponent with youth on his side, Oleinik put up a surprisingly great fight.

When Aleksei Oleinik took to the cage at UFC 246 to face off against Maurice Greene, anyone who knows the sport could sense that he was going to add to his already impressive tally of submission wins. Greene is only a blue belt in BJJ but has already caught a few submission victories over his comparatively young career and had the potential to beat Oleinik on the feet if he could keep it standing.

Early on in the fight, Greene decided to defend a takedown attempt by pulling Oleinik into a Kimura. This turned out to be a terrible decision as Oleinik almost immediately passed into half guard. Soon after, Greene attempted to throw his legs up for a triangle choke as well but Oleinik seemed totally unphased by the attempt. As Greene managed to work his way to the feet, Oleinik quickly secured a takedown and passed straight into mount this time. He transitioned to a Scarf Hold position and attempted to submit Greene with chest compression from there until the round ended, something he’s managed to do four times before in his MMA career.

The second round didn’t look much different as Oleinik hit an early double leg takedown. As soon as he moved to half guard, he started working to set up his patented Ezekiel Choke and while Greene defended well, it only allowed him to step into mount instead. From here Oleinik caught an arm and rolled for a Belly-Down Armbar with Greene defending frantically again. This proved too much and Greene was forced to tap out at 4:38 of the second round, giving Aleksei Oleinik his 46th submission victory.