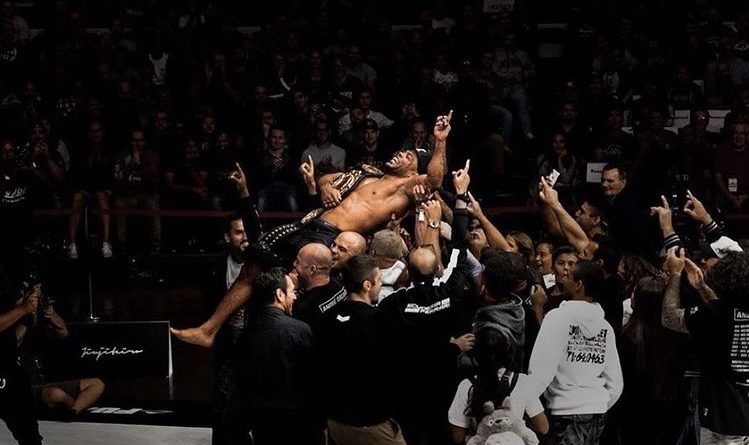 Adding to the never-ending saga that is the Gordon Ryan vs. Andre Galvao rivalry, Galvao has made his terms for a match with Ryan clear. Over the weekend on social media, Galvao stated his case for a million-dollar payday, setting off another round of trash talk between the ADCC champions.

It started with a simple post and a simple caption. Galvoa didn’t mention Ryan, but the message was obvious: $1 million for a match with Gordon Ryan.

Ryan heard the message loud and clear, first making a couple of jokes at Galvao’s expense, then posting the response of ADCC tournament organizer Mo Jassim to Galvao’s request. According to Jassim, Galvao’s requested payday is “more than the entire revenue for a sell out ADCC 2022…”

Galvao followed up with his plan for how a million-dollar payday would be feasible.

In short, Galvao proposes that his match with Ryan be sold on pay-per-view, thereby offsetting the costs for a million-dollar payday. Ryan, naturally, had his own response. Here is one of several:

Galvao and Ryan have been beefing over social media for years at this point, and it’s still unclear if a match is any closer to being put together. Galvao is the reigning ADCC superfight champion, and Ryan is the reigning ADCC absolute champion, so a match at the 2022 ADCC championships could make sense. Whether Galvao will stay firm on his demands remains to be seen.