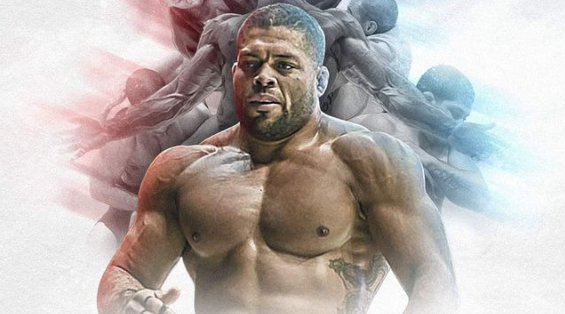 Last week, legendary jiu-jitsu competitor Andre Galvao announced that after 11 years away from the sport, he would soon be returning to MMA competition. On Monday, ONE Championship president Chatri Sityodtong announced that the organization had signed Galvao; Galvao confirmed the news via Instagram.

Please join me in welcoming Andre Galvao to ONE! A multiple time World Champion, he is one of the greatest grapplers in history. His goal is to win world titles in both MMA and submission grappling in ONE. ⁣

According to Sityodtong’s post, Galvao will compete in both MMA and grappling.

Galvao competed in MMA briefly, from 2008 to 2010, while he earned a professional record of 5-2. In his last bout, Galvao lost by knockout to would-be-future UFC welterweight champion Tyron Woodley.

Andre Galvao is one of the most accomplished jiu-jitsu competitors of all time. He is an ADCC weight and absolute champion and a four-time ADCC superfight champion. In the gi, Galvao is a five-time IBJJF world champion. He holds notable grappling wins over Felipe Pena, Romulo Barral, Braulio Estima, and many more.

After initially hinting with retirement after his 2019 ADCC superfight win over Pena, Galvao recently announced his plans to defend his superfight title at the 2022 ADCC championships where he is expected to face rival Gordon Ryan.

Importantly, Ryan is also signed to ONE Championship — however he has indicated he only plans to compete in grappling, for the time being. With Galvao’s plan to compete in both MMA and grappling for ONE, a showdown with Ryan prior to the 2022 ADCC championships could potentially come to fruition in ONE.