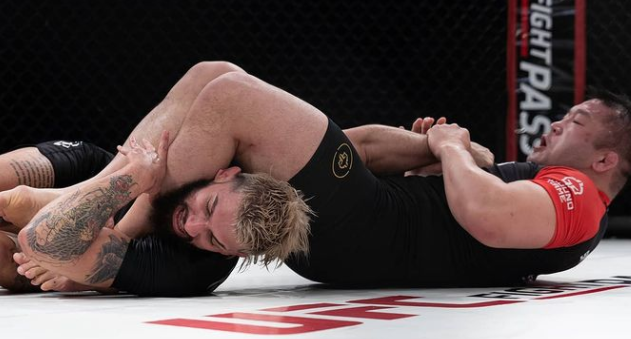 Competing almost exclusively under the SUG banner, Varela has quietly made a name for himself over the past several months. After dropping back-to-back matches during the summer of 2020, he has since reeled off five consecutive wins. Prior to his win over Ishii, Varela defeated Ben Egli, Cris Lencioni, Nick Ronan, and Alex Larmey.

Varela will certainly have his hands full with Fowler, who had a breakout year in 2020 with a pair of wins over Craig Jones. At SUG 21, Fowler silenced critics of his sometimes cautious, overtime-focused approach when he submitted 10th Planet standout Richie “Boogeyman” Martinez inside the five-minute regulation period.

Both Fowler and Varela are skilled grapplers in all areas, but generally Varela does his best work from his back, while Fowler prefers to attack from top position. That dynamic could lead to a stalemate during the regulation period. If the match goes to overtime, few have been better than Mason Fowler at both escaping quickly and racking up control time. In order to capture the SUG championship, Varela will have to spring a sizable upset.