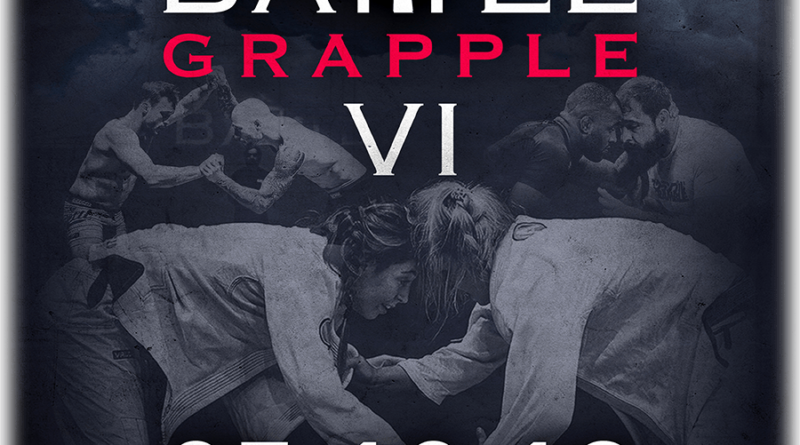 Battle Grapple returns with the 6th installment on Saturday, and maybe the best ever event in women’s BJJ. The main event is a team match, six of the best women in the UK against six of the best from around the world, each one a black belt. That’s a ridiculous line up, and for a show not even a year and a half old this is a fantastic get, so lets dive into it.

Newly minted black belt Laura Barker trains out of Gracie Barra Birmingham. Biggest accolades this year include being pan-am champion and gold at the European championships, likely securing her the promotion. She faces Venla Luukkonen in the Gi. Venla is Finland’s first female blackbelt world champion, training out of Hilti BJJ and a veteran of Polaris and ADCC.

Christine Martin, training out of Gracie Barra Ilkeston & Derby, returns to Battle Grapple after one of the most exciting performances seen on the show. Her opponent, Rose El Sharouni, is fresh to the blackbelt scene after at brown-belt. She comes from Checkmat Amsterdam to make her Battle Grapple debut.

Leoni Munslow is highly decorated, multiple time no-gi European champ, British gi champ, and most recently the world masters champ. She trains out of New School and is a regular at Mill Hill BJJ. She’s up against the Frenchwoman Amandine Layec, European champion 2018, who trains out of Toulon JJB.

Current world masters champion and Roger Gracie’s first female blackbelt, Yasmine Wilson recently featured on Polaris and faces off next against Tina Scheldeman. Tina took silver at the Euros and gold at the South American masters this year, and like Yas is making her battle grapple debut.

Samanta Cook – current European champion and leg lock specialist – trains out of Checkmat and Fightzone London. She faces Kristin Mikkelson – worlds champion in gi and no-gi – to take part in this exciting no-gi matchup. Mikkelson is an American who is currently residing in Croatia.

If you don’t know who Ffion Davies is you probably don’t follow BJJ. She’s one of the very best in the world right now – IBJJF world no-gi champ 2018, pan-am champ 2019, Polaris champ, silver medalist in ADCC (and the first Brit to medal in the competition to boot) – she is killing it. There’s good reason she’s captain of the UK team. In charge of the world team is Charlotte von Baumergaten, Spanish Jiujitero and equally well decorated. She took gold in the IBJJF Euros in 2019, in the masters division in 2017 and 18, and also in the 2018 Grand Slam in London and in Abu Dhabi. If there was any way to top off this fantastic event, this is it.

So that’s the huge main event, but there’s so much more – Ed Ingamells, Carlos Santos and Jay Butler all feature this Saturday. It is STACKED. This is an absolute hotbed for UK talent, and you don’t want to miss it.

You can see the official event website here to grab a ticket. If you want the rest of my articles I’ll post all the updates on my insta @diserensmma and twitter @DiserensRobert.