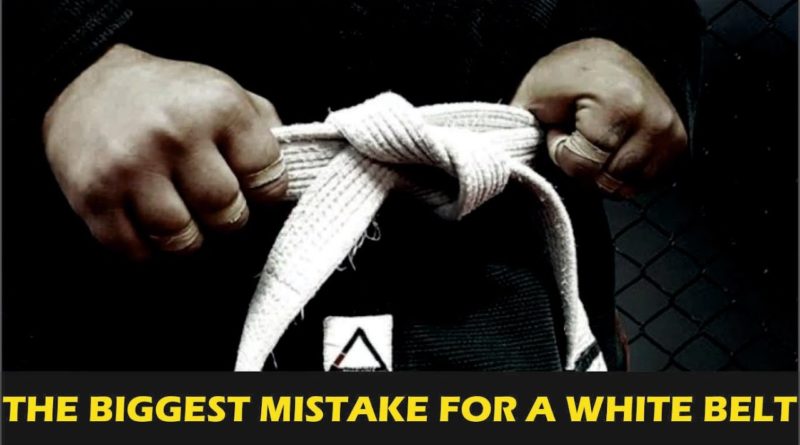 Bernardo Faria is a four-time IBJJF World Champion and has won numerous other IBJJF tournaments at both Heavyweight, Super-Heavyweight and in the Absolute division. He’s also the proud co-owner of the world’s most popular BJJ Instructional site, BJJ Fanatics, and he often shares his insights into the world of BJJ along with giving us the opportunity to hear from some of the other prominent black belts across the world, like John Danaher. In the above video, he’s actually taken the time to answer a YouTube comment left on one of his videos by “Alex Delannoy”, he explains what he thinks the biggest mistake that BJJ white belts make is when they are first starting out in the sport.

Bernardo Faria says that he thinks an easy mistake to make for coaches teaching white belts, is to teach them overly complicated techniques. While avoiding teaching things like Berimbolos or Rubber Guard seems common sense, he actually specifies that when he says “complicated techniques” he actually means things like a Triangle Choke. Faria then goes on to explain that when he’s teaching brand new white belts he starts in the most basic way possible, by demonstrating the concept of guard and how it works.

He also goes on to explain the value of teaching people techniques that work in sequence, rather than simply picking up random techniques from a variety of positions. This should be something that is somewhat intuitive, although there are many BJJ schools across the planet that do tend to show new starters random techniques as opposed to a consistent flow of techniques so that the white belt can go from their guard, to top side control, to mount, to an Armbar, as an example.

To see what Bernardo Faria’s brainchild BJJ Fanatics has to offer, click here.