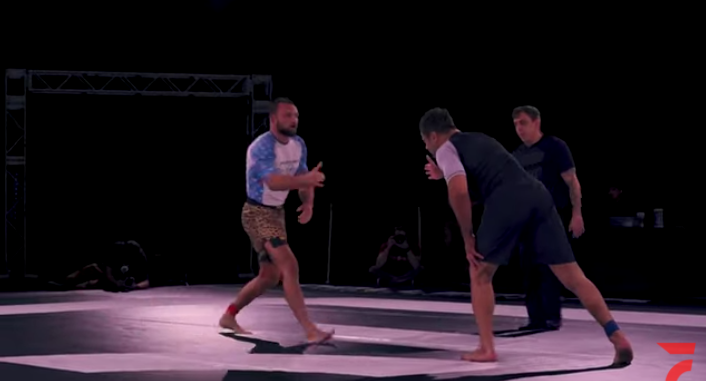 On May 28, Craig Jones stepped up on just a week’s notice to face Luiz Panza in the main event of Who’s Number One. Apparently, Jones didn’t need much time to prepare, as he was able to secure a heel hook on Panza in under a minute, extending Jones’ unbeaten streak that dates back nearly a year. FloGrappling has now released its “Beyond the Match” video for the Jones vs. Panza match; check it out below to re-live Jones’ superb submission.

Originally, Jones’ Danaher Death Squad teammate Gordon Ryan was slated to face Panza. But with Ryan’s unexpected departure from competition, Jones happily stepped in to face an opponent that was significantly larger in Panza.

Luiz Panza was a 2016 IBJJF no-gi world champion and is considered one of the best leg lockers in jiu-jitsu — under the IBJJF ruleset and in the gi. So while Panza may have had more overall competition experience and a proven track record of winning matches via leg lock, he had virtually no experience under a ruleset, like Who’s Number One, that allowed reaping and heel hooks. Moreover, Panza has competed largely in the gi over the past several years.

Conversely, Craig Jones competes exclusively in no-gi, and is often considered the best heel hooker in jiu-jitsu. He showed that talent in spades against Panza, who made the mistake of engaging in Jones’ guard. Seconds later, Jones was deep on a leg entanglement attacking an inside heel hook.

In the main event of the following Who’s Number One event, Jones beat Tye Ruotolo via decision. He is scheduled to compete again on July 17, when he will face Lucas “Hulk” Barbosa at The Road to ADCC.