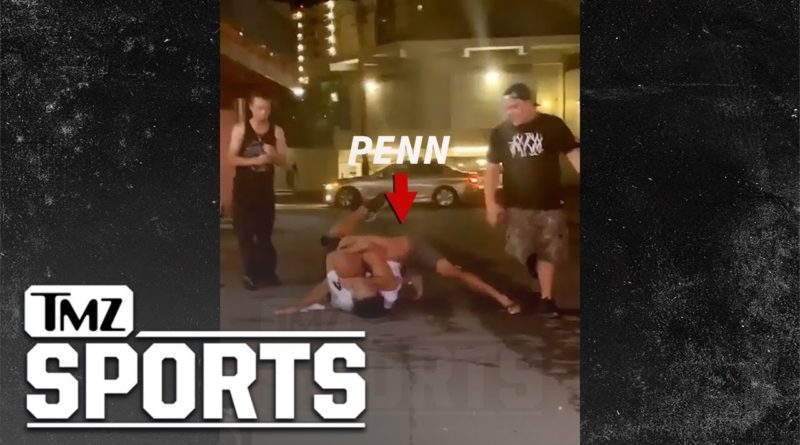 Once again BJ Penn finds himself in the news for the wrong reasons.

TMZ Sports alleges the above video shows BJ Penn fighting the bouncer of a strip club in the streets of Honolulu, Hawaii. The New York Post website claims that a “very drunk” Penn was escorted out of the club, identified as the Club Femme Nu strip club, around midnight on Tuesday (June 25, 2019).

The video shows one man holding top position. This is said to be BJ “The Prodigy” Penn. He refuses to let the other man up, despite attempts by a bystander to help the unidentified man.

The video stops before the end of the altercation, but according to reports, Penn fled the scene before police arrived.

Things have not been going well for BJ lately.

Go to BJPenn.com if you want to know what I have to say about the last few months. Thanks to the fans, even the haters, I love all you guys

Earlier this year, he was under investigation for allegedly threatening a man with a machete. That same month, Penn was accused of sexual and physical assault by the mother of his children. A restraining order was put in place for the latter.

Hopefully BJ can get his act together and get back to the fighter and grappler we used to love to root for.