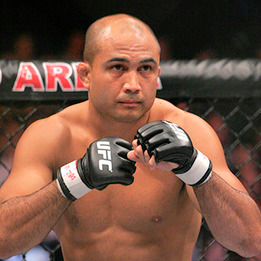 Former UFC champion and hall of famer BJ Penn has been arrested and is under investigation for driving under the influence. Details of Penn’s arrest and investigation were reported by ESPN.

Per a Hawaii Police Department spokesperson, Penn was arrested on the afternoon of January 23 following reports of reckless driving. Police officers observed Penn showing signs of intoxication and arrested him. Penn has since been released and is under investigation.

This isn’t Penn’s first run-in with the law. In early 2020, he was accused of drunken and reckless driving, but was never charged. In 2019, videos of Penn engaged in a fight outside of a bar surfaced, prompting the UFC to cancel plans for any future Penn fights.

Penn is often considered one of the best Brazilian jiu-jitsu practitioners to compete in MMA. Notably, he was the first American to win an IBJJF world championship as a black belt. He parlayed those grappling skills into immediate success in MMA, challenging for the UFC title in just his fourth professional fight, and winning the UFC welterweight title over Matt Hughes in his ninth fight. He would go on to win the lightweight title, as well, which he defended three times before losing it in 2010.

Penn struggled to find success later in his career. After fighting to a majority draw against Jon Fitch in 2011, Penn would go on a seven-fight losing streak to close out his UFC career.

Ben Coate has 591 posts and counting. See all posts by Ben Coate