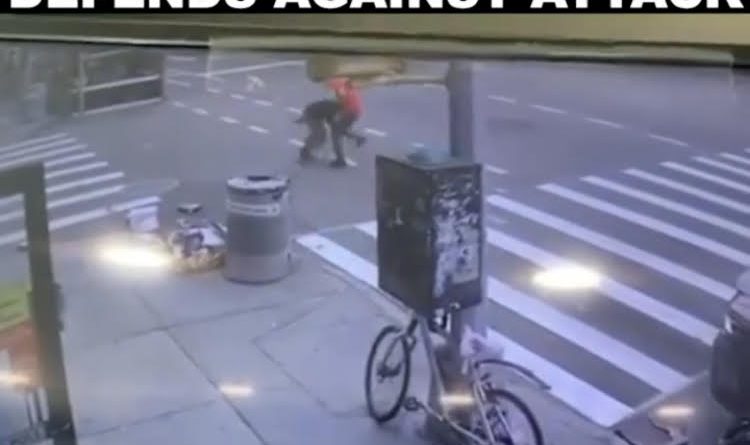 Jiu-jitsu practitioners worldwide will be the first to say that their art is the most effective form of self-defense. We’ve seen countless videos proving the effectiveness of BJJ in both street and MMA situations. Now we can add another video to that list, along with the BJJ practitioner giving a play-by-play of what happened in the altercation. Recently, BJJ blue belt Blake Rodriguez connected with Rener Gracie to describe how he used jiu-jitsu to subdue an attacker and help recover stolen property in the process.

Watch the video below to see the altercation and hear Rodriguez describe how he used jiu-jitsu to safely control his attacker.

Thanks to his experience in jiu-jitsu, Rodriguez escaped the scuffle essentially unscathed.

“I have just some minor scrapes on my knuckles and my hand, mostly from the ground, really,” he said.

The altercation started when a man carrying a bag (that was filled with stolen goods) bumped into Rodriguez. The man became immediately aggressive, which prompted Rodriguez to use his jiu-jitsu. Rodriguez quickly took the man down using a double-leg takedown, moved to mount and subdued him until the police arrived.

“I just tried to be aware of the traffic because we’re in New York City and didn’t want to get hit by the traffic…” Rodiguez said. “I really don’t want to exchange or get bloody with this individual or go to blows with him, let me just try to take him down. And I did that, was successful, was able to get to mount right away and tie his hands up… I was able to subdue him without striking and I think that was kind of the coolest part… The fact that I was able to control the situation, not have to hit him and just keep him subdued until the cops came… I really do owe to training.”

Ben Coate has 671 posts and counting. See all posts by Ben Coate