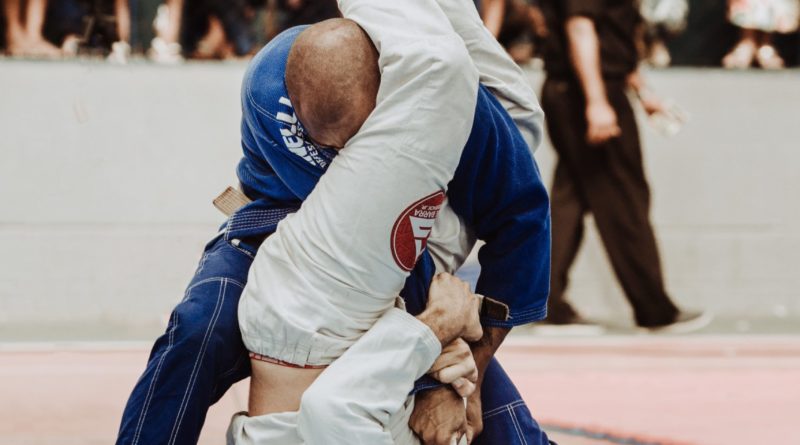 You have been training for 18 months straight, you’re starting to make new white belts into your own personal play things and you’ve started to consistently tap blue belts. You can feel your blue belt promotion around the corner and you know you deserve it, but you continue to be passed up on promotion day. What do you need to do to get your BJJ blue belt?

The truth is that while getting promoted is nice, getting a belt is a tiny part of Brazilian Jiu Jitsu. In this article, I will discuss 3 things that are more important for your growth as a grappler than a belt.

Being a good training partner

As you’re approaching your blue belt, you’ve probably noticed you can easily beat new white belts and trouble some blues, but this isn’t a free pass to be a spazzy douche. Just because you’ve learned a bit doesn’t mean that you have to focus on pushing yourself and forgetting about your partners. BJJ is an individual sport, but your growth is based on collaboration. Now that you know a little it’s time to help the newbies and stop being selfish.

There is a common thing where when a grappler feels close to promotion he tries to avoid drilling with new people incase they make him look bad. You need to help build each person that joins your gym, so focus on being a good training partner rather than rushing to a promotion.

This one is super common and a massive reason why people quit at blue belt. Instead of chasing improvement, people start chasing a belt and it is a sure fire way to burn yourself out. With a promotion around the corner, you might feel the urge to train 7 days a week and give it 100% everyday until you get promoted and while it might make sense, it is a recipe for disaster.

Grappling is about longevity and longevity require physical and mental consistency. Training 7 times a week for 2 months prior to a grading isn’t as good as training 3 times per week for the next 5 years. Consistency creates progress, your Brazilian Jiu Jitsu journey is a marathon not a sprint. Getting your blue belt won’t make you better, but creating sustainable habits will.

Learning how to roll with everyone

Tapping out a blue belt that weighs 40lbs less than you isn’t impressive. Muscling through guys that you’re far stronger than is boring and not indicative of skills development. While you might feel the urge to fight like it’s the final of ADCC whenever you go up against a higher belt, it shows your immaturity as a grappler and is likely hindering your development.

This doesn’t mean that you shouldn’t try, but use technique rather than brute force. Use BJJ and don’t be a head-squeezer. Remember if you’re rolling with a smaller opponent it is your responsibility to ensure their safety too. I have seen young athletic grapplers explode and rip submissions over less-athletic grapplers and to be honest it isn’t very impressive. Strength is a skill too, but for the purposes of developing your grappling you should roll technically with smaller people or those much weaker than you.

Remember getting your blue belt doesn’t stop you from being a douche. Don’t put pressure on yourself and enjoy the journey.