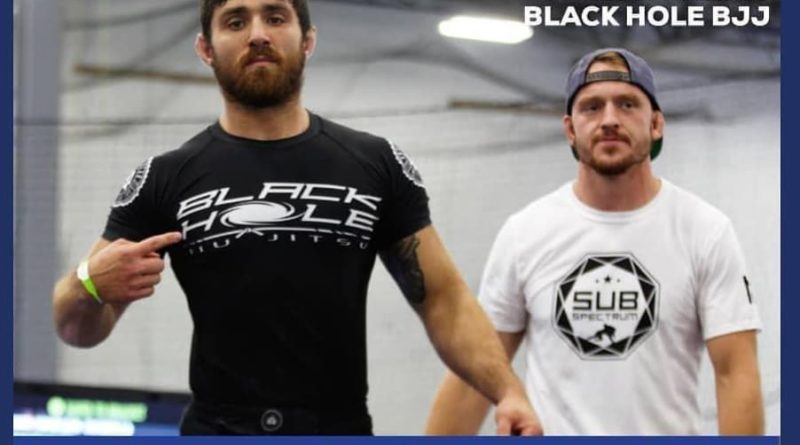 BJJ Fanatics has built an impressive brand over the past few years.  This week they take a new step by putting on the Brown Belt Invitational.  It’s a FREE event that BJJ Fanatics will be streaming live this Friday at 6 PM EST.  This is a chance to watch the next up and coming elite grapplers in a tournament setting for no cost.  As a bonus, Gordon Ryan will be commenting on the matches.

I caught up with BJJ Fanatics Social Media Strategist Todd Shaffer to discuss the company’s first foray into event streaming.

Todd, can you tell me about the Brown Belt Invitational?

The BJJ Fanatics guys [Michael Zenga, Michael Reardon, and Bernardo Faria] are great with coming up with these ideas.  And they decided, they want to provide more free content.  I know their business is selling content, but they want to create more free stuff for fans, just like them.

There are some absolute killers in the mix.  It’s going to be a phenomenal show.  I think it’s a great way to kick off probably the first of many, many BJJ Fanatics events.

Competitive brown belts are some of the most exciting grapplers out there …  These are the folks that are on the cusp of making huge names for themselves.

What was the process of coming up with this idea?

[Zenga, Reardon and Faria] want to give more back to the fans, and they want to thank people for being customers, being fans – because they’re fans as well!  The first idea [to give back] was ‘let’s do an event.’  And then it was like ‘where should we start?’

Competitive brown belts are some of the most exciting grapplers out there. Not that everybody else isn’t, but these are the folks that are on the cusp of making huge names for themselves. So the Invitational serves the dual purpose of giving us a platform to showcase them, and also showcase the brand of BJJ Fanatics.

How did you go about selecting the brown belts?

We put out word.  I put out several social media posts, whoever’s interested, send us your competitive resume.  So we got about 50-60 interested parties.  The technical name for it was brown belt and below. We had it open to anyone with the guts to apply.

We looked at resumes, and obviously, we got some huge names. Guys like Roberto Jiménez, a bunch of 10th Planet guys, Danaher guys, just big names out there.  So we were able to sift down to about 20-25 names, and we’ve added a few, we’ve had a couple folks pull out.

We reviewed everyone’s resume and we want to put on the best show we possibly could.

Is there anyone in particular that you are excited to see?

Right.  This is not like a local brown belt event.  We’re bringing in folks.  We got Chase Davis, from American Top Team, Fabiano Scherner’s school.  We’ve got Chase Hannah, coming from 10th Planet Atlanta.  We’ve got a 10th Planet Montreal guy, James Banville, coming down.

A cursory look at the Invitational grapplers proves that there are indeed some absolute monsters competing in this event.  The full list of grapplers includes:

Ramos, Michell, and Ronan were recently seen at Kasai Pro 6.

Unfortunately, there were a few athletes who had to pull out due to injuries.  Nicky Rodriguez (interviewed here on GI), Matheus Lutes (also previously interviewed on GI) and Placido Santos (the famous uke) all had to pull out because of last minute injuries.

This is a tournament – not a set of super matches?

Yes, it’s a tournament using EBI rules – 10 minute matches with EBI overtime rules.  The winner gets a cash prize.  And there will be multiple DVD or instructional offers made. So if somebody comes out and they just blow our minds, Michael Zenga is going to be there with the checkbook, ready to make them a deal.

As a brown belt athlete, no matter now regarded you are, to be able to say you have a product in the same store as Gordon Ryan, John Danaher, Tom DeBlass – I think that means a lot.

Are there plans for more events in the future?

For BJJ Fanatics, there’s a lot of new products in the works right now being filmed.  It’s just getting better and better everyday.