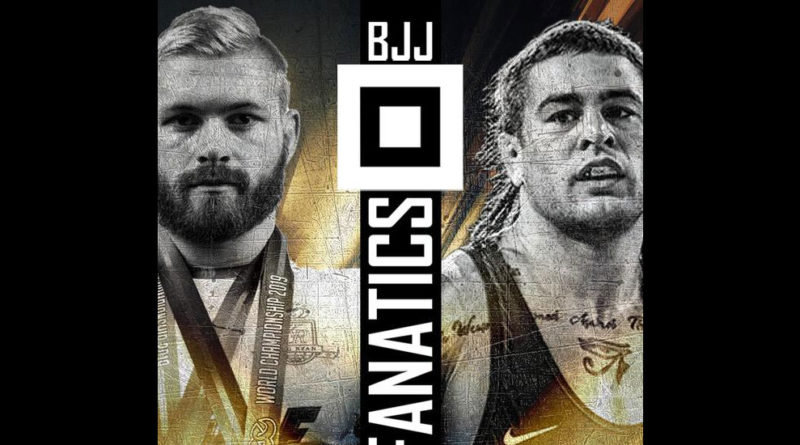 Gordon Ryan v Pat Downey and The BJJ Fanatics 170lbs Grand Prix has now finished and the full results can be found here.

BJJ Fanatics are holding their latest event this coming weekend which will feature a stellar main event, Gordon Ryan v Pat Downey. The pair will meet in two completely different matches on the same night as each man enters the other’s area of expertise. With one Submission Only match and one under traditional Wrestling rules, both men are favorites to win under their own rulesets. Despite this, both men have openly said that they believe they will take the series 2-0.

The event will also feature a 170lbs Grand Prix featuring some of the best No Gi grapplers around right now. The preview for this can be found after the Gordon Ryan v Pat Downey breakdown.

Ryan’s coming into this with a lot of confidence and understandably so. Not only did he finish last year with two ADCC gold medals and a perfect record for the year, but he also finished the year with a solid victory over another world-class wrestler, Bo Nickal, under hybrid rules at Third Coast Grappling 3. This, coupled with the fact that Ryan is well-known as the best No Gi grappler on the planet and has been for some time, gives him good reason for this confidence.

The match under Submission Only rules should be an absolute lock for Ryan. There’s no way that Pat Downey could possibly submit him really and as the match has no time limit, Ryan’s submission finish only gets more likely as the match goes on. It would have be a true miracle for Ryan to lose the Submission Only match and as a result, he’s going to get at least one win out of the two matches.

Pat Downey is more than a little vocal about how he feels he can handle Gordon Ryan. At least some of this is probably due to his previous wrestling match with Ryan’s teammate, Nick Rodriguez, where he won via Technical Fall after racking up a 12-0 lead. Given that Rodriguez is often seen as the better traditional wrestler out of him and Ryan, it makes sense for Downey to be confident of his victory in the wrestling match here. That match gave Downey so much confidence in fact, that he’s already accepted a rematch against Rodriguez under Third Coast Grappling’s aforementioned hybrid rules.

Much like Ryan’s confidence is well-deserved in the Submission Only match, Downey’s is well deserved in the Wrestling match. Despite wrestling at only 89kg, Downey handled the incredibly physical Rodriguez comfortably and should do the same with Gordon Ryan here. This should give Downey the match under wrestling rules as a pretty guaranteed win as well, if Rodriguez couldn’t score a point against him then it’s unlikely that Ryan will.

It’s pretty logical that the series should end 1-1 between the two men. I can’t see either one mounting a real challenge in the other’s domain, but it’s worth considering the bout order. If the No Time Limit Submission Only match comes first (which it shouldn’t) then Gordon Ryan does have a path to victory in both matches. It’s entirely feasible for him to drag out the first match and control Downey for a long period of time before submitting him to sap his energy, ready to put the pressure on him in the Wrestling match.

Assuming that this doesn’t happen and the Wrestling match happens first, 1-1 is pretty much a guarantee.

This will be the third BJJ Fanatics Grand Prix after an initial test with a brown belt tournament and a superb black belt Grand Prix last year. Both editions were won by 10th Planet’s Kyle Boehm but at 170lbs, this one is out of reach for him. The entrants for this tournament are as follows:

This 170lbs bracket has attracted some genuinely amazing grapplers to compete and should produce some fireworks. Danaher Death Squad’s Ethan Crelinsten is one of the favorites after recently winning the Jitzking Miami tournament and coming within millimeters of becoming the Polaris Lightweight Champion after an incredibly exciting 15 minute match against Ashley Williams.

PJ Barch is another strong contender here. While the 10th Planet standout had a tough time last year after a long recovery from injury, he burst back onto the scene with a convincing win over Marcin Held at Polaris 12. All signs point to Barch having a big 2020 and taking the win here can really get the ball rolling for him.

John Combs is someone who’s flying under the radar a little which is pretty shocking considering that he had an incredible time at last year’s ADCC trials. He’s one of the best kept secrets in American Jiu-Jitsu and with a strong Collegiate Wrestling background, he’s a dark horse to win this tournament.

With the brackets yet to be announced, it’s difficult to predict the winner of the whole grand prix. Regardless, my money is on one of the three contenders above to take gold here.

To watch the live event on February 29th, click here.