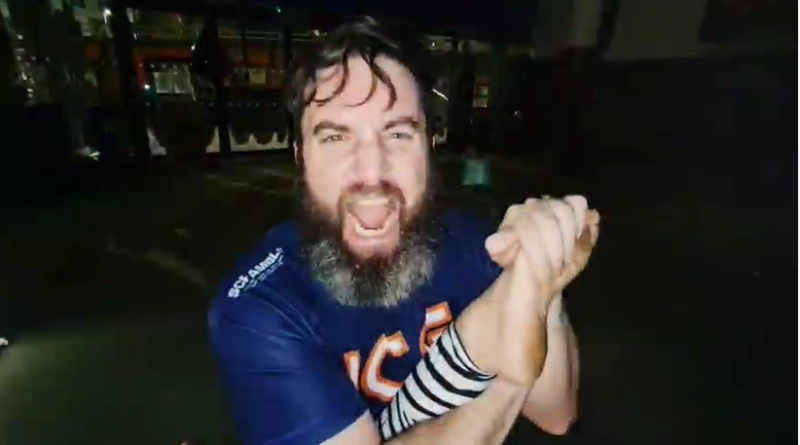 Kimura! – DO IT AGAIN (Official Music Video) is from their debut EP ‘Flying Triangle’ which is now available to stream on all platforms.

UK BJJ inspired metalcore band ‘Kimura!’ have released the music video of their new track ‘DO IT AGAIN!’ on 6 February 2021 which features martial arts legends Claudia do Val and Randy Couture. Short, sweet and to the point, ‘DO IT AGAIN!’ is a great animalistic daring track that should most definitely be longer than 60 seconds – I want to hear this track on loop throughout an upbeat five minute round! DO IT AGAIN! ‘DO IT AGAIN’ has a similar oomf and dynamic as Guns n Roses ‘Welcome to the Jungle’ – it’s fast, it’s hard hitting and it’s a little bit crazy.

The intro begins with a stereotypical northern English man speaking about wrestling, and his last line before the vocals enter is, “Power is an asset, but it’s not the whole story” – just like BJJ. The instruments begin to crescendo, then the vocals jump in with quiet screams of the chorus “DO IT AGAIN” crescendoing fast, into a huge build up metal violence.

Kimura! describe the track as, “‘DO IT AGAIN’ is a love letter to Catch Wrestling and our hero the late great Billy Robinson. Footage of Billy courtesy of Scientific Wrestling. Cameos by Claudia Do Val, Randy Couture and Jacob “Yeti” Davies.”

The band are also representing the sport via their attire within the music video, wearing gi pants and a belt, or a rashguard and shorts, whilst slamming their instruments as well as rolling and wrestling… OBVIOUSLY! Have Kimura created a new music genre? … Jitscore?

Check out the new music video from Kimura! (@kimuratheband).