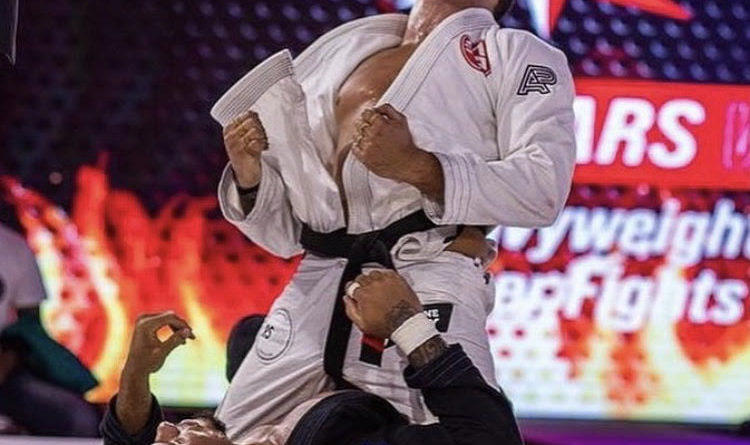 BJJ Stars returned to action on Saturday night with gi and no-gi superfights and a star-studded eight-man heavyweight grand prix. At the end of the night, Felipe Pena walked away the grand prix champion, but underdog Gutemberg Pereira was the story of the night as he shocked Nicholas Meregali in the first round.

Going into the event, Meregali was the betting favorite to win the grand prix. GF Team’s Pereira would play spoiler, though, meeting Meregali in the second match of the grand prix. Pereira came out hyper-aggressive, nearly passing Meregali’s world-class guard in the opening minute. Pereira would continue to use relentless pressure and a variety of passing styles to rack up advantages, upsetting the heavily-favored Meregali.

Pereira continued his underdog ways in the semifinals, where he faced Team Atos representative Lucas “Hulk” Barbosa. In contrast to his match against Meregali, Pereira worked from his back against Barbosa, spending a fair amount of time attacking from his closed guard. With no points or advantages at the end of the match, Pereira earned the decision victory on the strength of his aggression and sweep attempts from guard.

On his way to the finals, Pena fought through some tricky spots against Luiz Pena in the quarterfinals before securing a top-side guillotine finish. In the semifinals, Pena found himself down early against Erich Munis, but earned advantage points from near-sweeps before using a single-leg X sweep to tie the points at 2-2 late in the match. Pena won via advantages, securing his spot in the finals against Pereira.

In the finals of the grand prix, Pena used a 50/50 sweep to earn a two-point lead over Pereira. In the closing minute, Pereira nearly secured a berimbolo sweep, but Pena countered well to maintain position, holding his lead to win the BJJ Stars heavyweight grand prix.

In superfight action, Bia Mesquita earned a hard-fought no-gi points victory over Thamara Ferreira. Mesquita took full advantage of the new IBJJF rules permitting heel hooks, attacking Ferreira midway through the match with a deep reaping leg attack. In the end, though, it was Mesquita’s wrestling attack that secured her the 2-0 points victory.

In another no-gi superfight, Isaque Bahiense used a heel hook attempt and takedown to shut out Roberto Jimenez by points. The match was incredibly high-paced, with Jimenez constantly attacking on the feet, but ultimately unable to score any points on Bahiense, who showed superb offensive and defensive wrestling throughout.

And in the final superfight of the night, Leandro Lo secured a classic sweep and cross-collar choke on late-notice replacement Alex Munis.