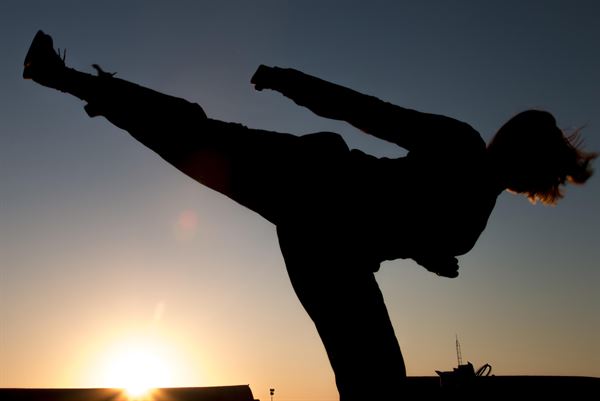 Martial Artists, whether they are BJJ practitioners, wrestlers, or mixed martial arts fighters, are first and foremost human. There have been more and more cases reported of violent actions by martial artists. Perhaps more painful for this community, Brazilian Jiu Jitsu practitioners have been found engaging in fairly grievous misconduct. These vary from high-profile cases like War Machine and Viacheslav Datsik to lesser known ones like Maiquel Falcao.

These cases are typically treated as outliers, with a media uproar swirling around the individuals in questions. There are occasional attempts to link their upbringing and general biographies to the incident at hand. This is natural, however, perhaps it is worth our time to return to the almost antique question regarding Eastern versus Western approaches to martial arts.

Up until the last decade or two, the first image to materialize in your mind’s eye when hearing of a martial artist and their lifestyle was likely to be something related to Kung Fu flicks you had seen that week or indeed, a very Karate Kid-like image. This was before the crunching, bulldozing rise of the UFC, and with it, the stereotype of the MMA fighter. By extension, when you thought of a martial artist, you would think of an image of someone standing under a waterfall. There would be meditating, finding inner peace or balance and learning listless life lessons the ‘hard way’ between their master’s tasks and cryptic, seemingly irrelevant sayings. Wax on, wax off.

Nowadays, this has been replaced by a large, muscle bound, likely tattooed man in trunks with prominent cauliflower ears, drenched in sweat, hammering away at a mounted grappling dummy with all the rage befitting of Kratos. This is an interesting shift, indicative of the westernization of the martial arts.

What is lost through this westernization?

One of the aspects Western martial arts tend to pride themselves on is practicality. They practice ‘trimming the fat’ by getting rid of or reducing the ceremonial inclinations of the arts. They only retain the physically applicable practices, especially those adaptable for cross-training. An easy example of this ideology is the BJJ practitioner who is only interested in certain Judo throws. This in itself is firmly in the “strengths” column.

However, people tend to cut out the philosophical teachings traditionally attached to martial arts in one way or another. A yearning for instant gratification, a byproduct of a goldfish-like attention span is often noted as a plague of modern western society. This is specifically prevalent in the younger demographic. However, it is not exclusive to young people. It is analogously permeating into our martial arts.

The modern martial artist is willing to put some hours in, yet impatient to reap the fruits of their labour. This has led to a streamlining of the process, effectively creating a shortcut to technical mastery. However, this often neglects philosophical teachings. It can be argued that the philosophical training is absolutely essential. It is as necessary as the training mandated for law enforcement officials before receiving a firearm. After all, we are talking about deadly force in both instances.

This is not a call for introducing frequent waterfall meditation sessions or tedious philosophic discussion into BJJ (or other martial arts) curriculum. This is simply a suggestion that it may be worth adding a hint of philosophical and moral instruction alongside the practical aspect of techniques.