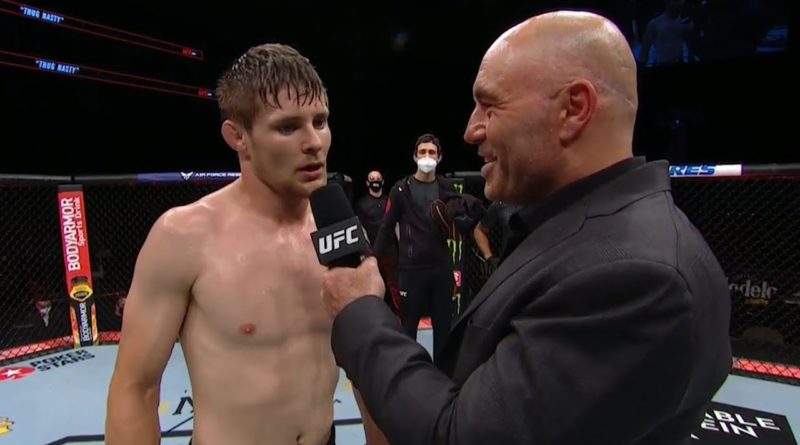 Bryce Mitchell showed exactly how legitimate his BJJ Black Belt as he extended his perfect record to 13-0 against Charles Rosa at UFC 249, spending nearly fourteen minutes dominating grappling exchanges and switching between Arm Triangle and Twister submission attempts relentlessly. This comes directly after Mitchell became only the second person in UFC history to record a submission victory via Twister back at UFC on ESPN 7, also earning Submission of The Year honors as a result.

The first round of UFC 249 saw Bryce Mitchell get incredibly close to finishing the Twister, setting it up unbelievably quickly against Rosa, who is a solid BJJ Black Belt in his own right. Rosa also showed just how good his grappling is by managing to survive despite it looking like he was only seconds away from spending his life in a wheelchair. The second round didn’t give him much rest though as he again spent nearly the entire round struggling to resist tapping out to Mitchell.

Mitchell got his second twister attempt right at the end of the second round and managed to get to the same stage as his first attempt, only for Rosa to be saved by the bell. When the third round came, it was telling that the commentators genuinely didn’t even seem surprised when Mitchell managed to start working towards a Twister again. This was alternated throughout the fight with at least half a dozen decent attempts at locking up the Arm Triangle which gave Bryce Mitchell the Unanimous Decision victory with a pair of 30-25 scorecards and a 30-24 scorecard from one judge.

Or to purchase UFC FightPass and watch the replay of UFC 249, click here.