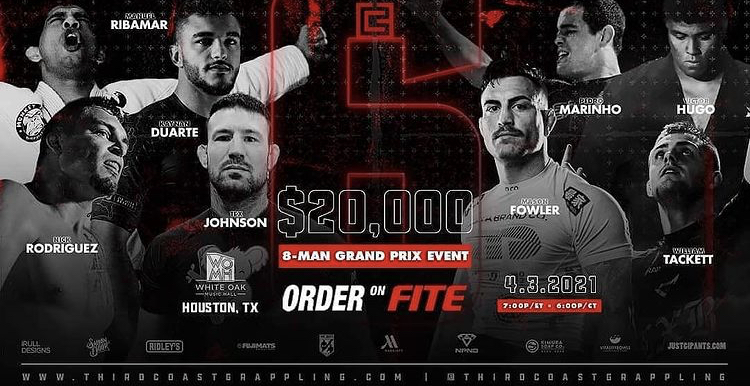 One of the biggest grappling events of 2021 is just a little over a week away. Third Coast Grappling has now released the full bracket and first-round match-ups for its stacked April 3 event featuring eight of the best competitors on the planet.

Check out the bracket for Third Coast Grappling 6: The Absolute.

Looking at the bracket, the two likely favorites — Victor Hugo and Kaynan Duarte — find themselves on different sides, potentially setting up a final between two of the best heavyweight grapplers in the world. To get there, though, Hugo will have to first get past jiu-jitsu phenom William Tackett, who could announce himself as a top pound-for-pound competitor with an upset of Hugo. And even if Hugo beats Tackett, he could be facing Danaher Death Squad representative Nick Rodriguez in the semifinals.

On the other side of the bracket, Kaynan Duarte arguably has an easier path to the finals. To get there, he’ll have to first dispatch dark horse and three-time no-gi Pans champion Tex Johnson. After that, Duarte would face the winner between Submission Underground champion Mason Fowler and no-gi world champion Manuel Ribamar.