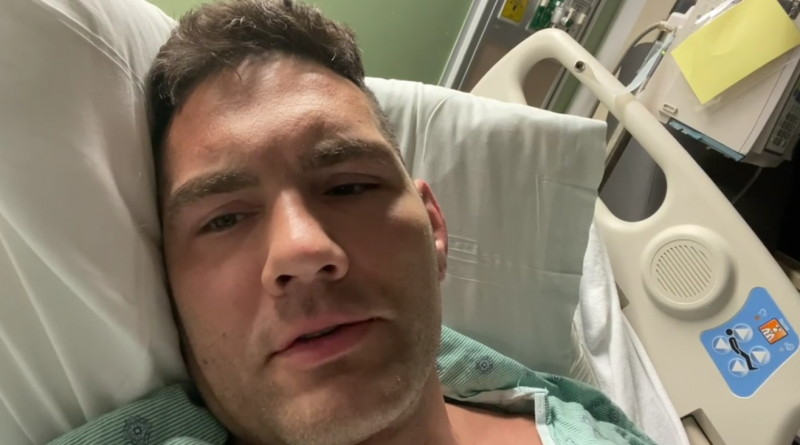 Saturday night’s UFC 261 gave fans one of the most gruesome injuries to ever happen in MMA. In the second fight of the pay-per-view main card, Uriah Hall checked a kick from former UFC middleweight champion Chris Weidman that instantly snapped Weidman’s shin. It was the first strike of the fight, and resulted in Weidman’s leg cartoonishly broken and Weidman screaming in agony. A video of that break is below (and it’s not for the squeamish).

In the early morning hours of Monday, Weidman provided an update on his injury from the hospital.

All things considered, Weidman appears to be in good spirits. He is aware of the outpouring of support he’s received from fans around the world, and is thankful. Weidman also provided some updates on his potential recovery; he expects to be walking without crutches in about eight weeks, and could return to training in six to 12 months.

Notably, this was not the first leg break Weidman has been involved in. After winning the middleweight title from Anderson Silva in 2013, Weidman’s first defense was an immediate rematch with Silva. Early in the second round of that fight, Silva threw a leg kick that Weidman checked, instantly snapping Silva’s shin in an eerily similar fashion.

Chris Weidman would defend his title twice more before losing it to Luke Rockhold in 2015. He has struggled to win consistently since then, losing five of his last seven, including the loss to Uriah Hall at UFC 261. This was Hall’s fourth consecutive win, and avenges a 2010 loss to Weidman (Hall’s first professional loss).