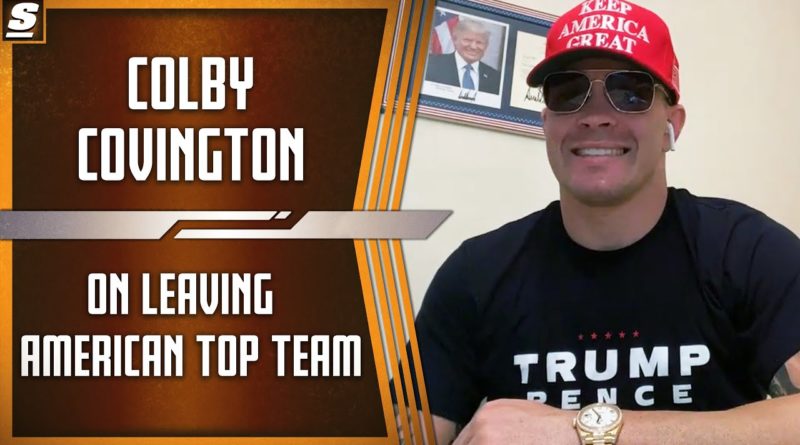 Ex-UFC Interim Welterweight Champion Colby Covington has officially left American Top Team (ATT). He has had issues with a few of his teammates in the past, including Jorge Masvidal and Dustin Poirier, indicating a potential breakdown in his working relationship with the team as a whole. The first indication that Covington might not be training at American Top Team anymore came when he was suddenly and quietly removed from the team’s official website.

When questioned about it during an interview, Covington confirmed the news with the following statement:

He also explained that he has not sorted out the logistics of where he will be training, or who he will be training with as of yet. He also went into further detail about some of the issues that he’s had with his previous Teammates, mentioning that some of them had approached ATT Head Coach Dan Lambert to complain about issues they had with Covington. He did seem to hold no ill will towards Lambert however, being appreciative and grateful for all of the work they’d done together over the last few years.

Most recently, Covington has fallen on difficult times compared to this time two years ago. First, he was stripped of his Interim UFC Championship for not being able to make a fight with Tyron Woodley. He then rallied at UFC On ESPN 5 when he outclassed one of the toughest strikers in the Welterweight division in Robbie Lawler, setting up his opportuntity to claim an undisputed title. When his opportunity came at UFC 245, he suffered the first knockout loss of his career as Kamaru Usman defended his newly-earned title.

With a new team and a drive to finally reach the top of the mountain, 2020 looks to be a big year for Colby Covington.