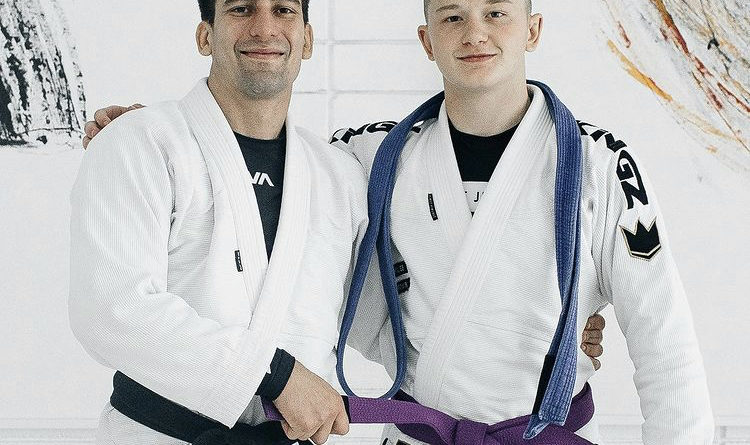 He may hold wins over some of the best black belts in the world, and he may have already qualified for the 2022 ADCC World Championships, but in the eyes of the IBJJF, Cole Abate is not yet an adult competitor. That will change next week when the 17-year old Abate makes his purple belt and adult division debut at the 2022 Pans.

It’s my first year competing as an adult, so I’m very excited for this next step. I’m very confident in the preparation that I’ve had here at AoJ and with my teammates, and I can’t wait to showcase the new skills that we’ve been working on. This year, I’m not planning on doing the absolute division, but definitely have plans of doing that in the future, and that will be one of the next goals that I have in the coming years.

Regardless of age or the color of belt around his waist, Abate has already proven himself as a world class grappler. A purple belt under Guilherme Mendes of Art of Jiu-Jitsu, Abate fully arrived on the elite competition scene in 2021 with a win over perennial top competitor Geo Martinez at the Who’s Number One Championships. Just a few short weeks later, Abate would win gold at the ADCC East Coast Trials, making him the youngest-ever Trials winnner.

At the Trials, he defeated the likes of black belt world champion Estevan Martinez, EBI champion Jon Calestine, and ADCC veteran and 10th Planet black belt Keith Krikorian. The performance secured Abate a spot at the 2022 ADCC World Championships, where he will aim to be the youngest-ever ADCC champion.