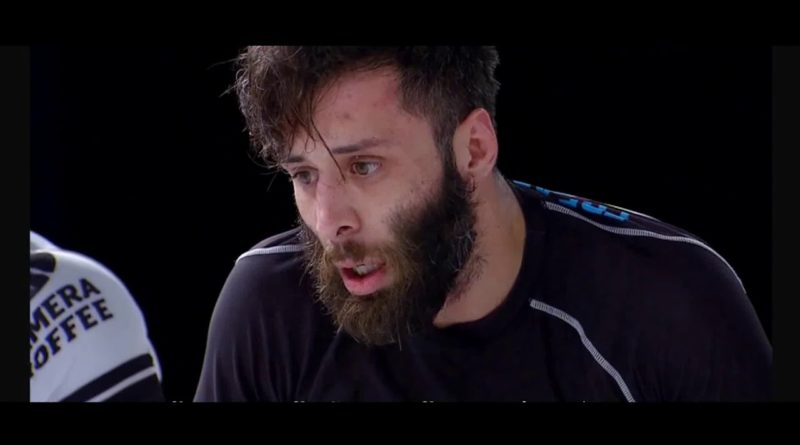 The illustrious Combat Jiu Jitsu Worlds returns on May 26th, but this time it is different. Instead of featuring a small bracket, the CJJ worlds will be stacked with some of the best 135lb grapplers in the world. In the days leading up to the event, grapplinginsider.com will be giving you the low down on the strengths and background of the competitors. Let’s kick off our latest edition with 10th Planet star Geo Martinez.

Geovanny “Geo” Martinez (or “Freakazoid”) first hit the big time at the first Eddie Bravo invitational, winning an epic final against Jeff Glover. With two equally flexible, unsubmitable athletes It was a bit like watching Inspector Gadget versus Reed Richards, with Geo pulling out the upset after extra time.

With an incredibly fast, fluid and ferocious no-gi game, Geo makes full use of his background in professional breakdancing, attacking from all positions and seemingly as comfortable spinning on his head as most of us are sitting in closed guard.

His story is well known in the BJJ fraternity, zooming to black belt in just 3 years, with his progress from purple to black under the direct tutelage of 10th Planet founder and no-Gi godfather Eddie Bravo.

This rapid rise raised eyebrows in some of the BJJ hierarchy and despite having gone undefeated in 2014, the year he got his blackbelt (including his coming-out party against Glover), Geo was denied entry to the IBJJF No-Gi Worlds that year as he hadn’t served his time at the higher belt levels.

Since 2018 Geo has had a mixed record albeit against the crème de la crème of no-gi killers. According to BJJ Heros, Geo has won 7 out of 14 professional fights with 5 losses and 2 draws, including defeats in his last two competitions (against Paulo Miyao and Frank Rosenthal).

So, how will the Freakazoid fare in Combat Jiu Jitsu? As those reading this will probably know, this is the ruleset that allows hand slaps in addition to all the usual subs. The aim is to add some more realistic action into sport jiu jitsu, what can at times seem a world away from MMA or even self-defence.

Geo could do worse than ask his brother Richie “The Bogeyman” Martinez, a decorated MMA fighter as well as elite grappler, for advice, and fighters like Ben Saunders and the great Tony Ferguson have shown that the 10th Planet system works well when strikes are mixed in.

As one of the biggest names on the card with one of the most recognisable styles in the grappling world, Geo will have a target on his back for hungry up-and-comers in the Combat tournament. But with something to prove himself following a relatively rocky 12 months, Geo will come out swinging, and is my tip to bring home the gold.