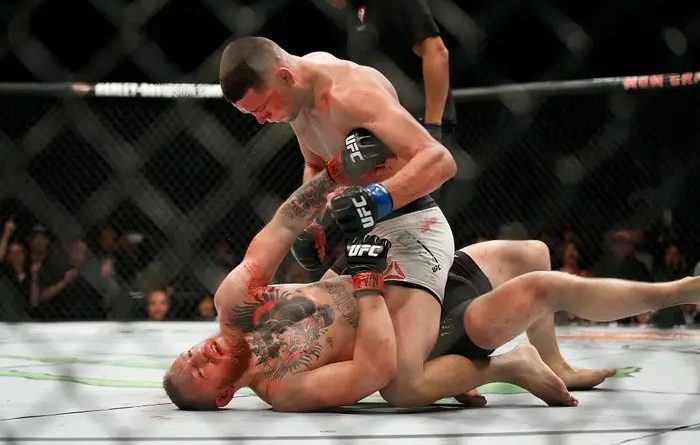 Some feuds will simply never die. That seems to be the case with Conor McGregor and Nate Diaz, who went back and forth on Twitter on Wednesday, reminding fans of the rivalry that began in 2016.

McGregor started things innocently enough, suggesting that his rumored trilogy fight with Dustin Poirier have a special “McGregor belt” on the line. In response, a fan pointed out that a special “BMF” belt was produced for Diaz’s 2019 fight with Jorge Masvidal. With that, McGregor and Diaz were off to the races with both taking shots at the other.

The bout that McGregor is referring to is his 2016 submission loss to Diaz. That fight took place at welterweight, with Diaz filling in for an injured Rafael dos Anjos on late notice. At the time, rumors swirled that Diaz had accepted the fight while partying on a yacht.

Diaz, naturally, wouldn’t stay idly by. In response, he took a shot at McGregor’s recent TKO loss to Poirier.

From there, McGregor responded, as did Diaz.

McGregor’s tweet above is in reference to a notorious incident in which he stormed a bus transporting Khabib Nurmagomedov at a UFC event. Diaz, though, can’t let McGregor forget how their first encounter went.

With McGregor tentatively planned to fight Poirier this summer and Diaz now scheduled to fight Leon Edwards at UFC 262, there is no clear road to a trilogy fight between McGregor and Diaz. However, as we see here, this rivalry can be reignited at the drop of a hat.