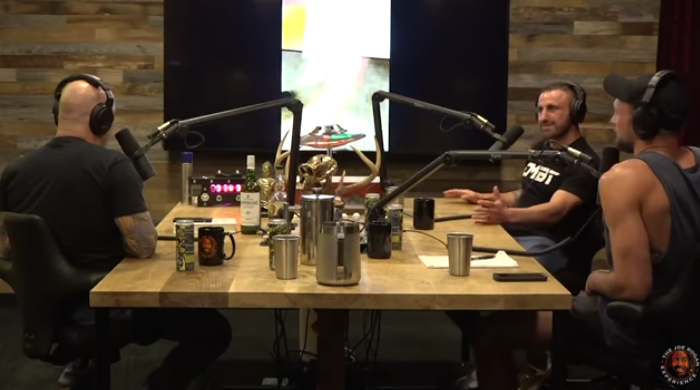 Once a prankster, always a prankster. Elite no-gi competitor Craig Jones is not only one of the funniest people in jiu-jitsu, he’s also a coach for Team Volkanovski on the upcoming season of The Ultimate Fighter. On a recent appearance on the Joe Rogan Experience alongside current UFC featherweight champion Alexander Volkanovski, Jones revealed how his pranks “almost” went too far on the show.

As both Vokanovski and Jones discuss, the coach of the opposing team, Brian Ortega, didn’t take kindly to the pranks coming his way.

“[Ortega] definitely wasn’t a fan of me by the end of the show…” Jones said. “This won’t make the TV show anyway, but I did pretend to put his COVID test in my ass… the mouth swab. That was a dream, it didn’t really happen… It’s pretty lighthearted. I wouldn’t really stick his COVID swab up my ass.”

Messing with the COVID tests, says Jones, was just too much for the show’s producers to tolerate.

“They did tell me, since they spent so much money on COVID testing, that’s just a line we won’t cross.”

“We pretended to take his car…” said Jones, describing one prank that got under Ortega’s skin. “He’s like, ‘if he touches my car, I will fight him.'”

Craig Jones is currently slated to face Luiz Panza in the main event of Who’s Number One on May 28. After that, he won’t stay on the sidelines long, as he’ll be taking on Tye Ruotolo at the June Who’s Number One event.

The Ultimate Fighter season 29 debuts on Tuesday, June 1 on ESPN+.