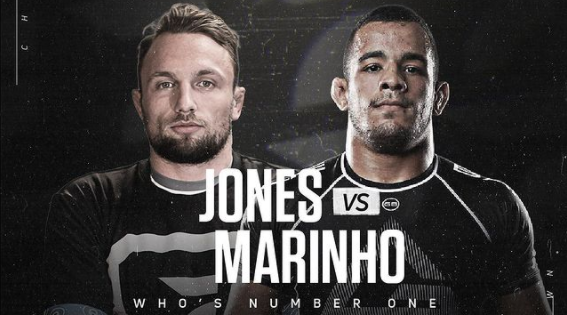 The 2022 competition schedule is beginning to take shape. On Monday, FloGrappling announced that Craig Jones will take on Pedro Marinho for the Who’s Number One (WNO) 205-pound title at a WNO event on January 21.

An ADCC silver medalist, Jones is widely considered one of the best pound-for-pound no-gi grapplers in the world. He has been undefeated in competition in 2021, earning submission wins over Ronaldo Junior and Luiz Panza, and decision wins over Tye Ruotolo and Davi Ramos. Jones is scheduled to face undefeated UFC welterweight Sean Brady at Fury Grappling 3 on December 30 for his final match of the year.

Gracie Barra’s Pedro Marinho earned his black belt in March of 2021, but has already established himself as a world-class talent. Competing in his first no-gi Worlds as a black belt, Marinho earned double-gold, defeating top competitors like Roberto “Cyborg” Abreu, Victor Hugo, and Vagner Rocha.

The match between Jones and Marinho will present an interesting clash of styles. While Jones is a methodical, control-based grappler that tends to do his best work when attacking leg locks from his guard, Marinho is an explosive athlete, an emotional competitor, and an excellent wrestler and guard passer.

How to watch: Who’s Number One will take place on Friday, January 21 and will air live on FloGrappling (subscription required).