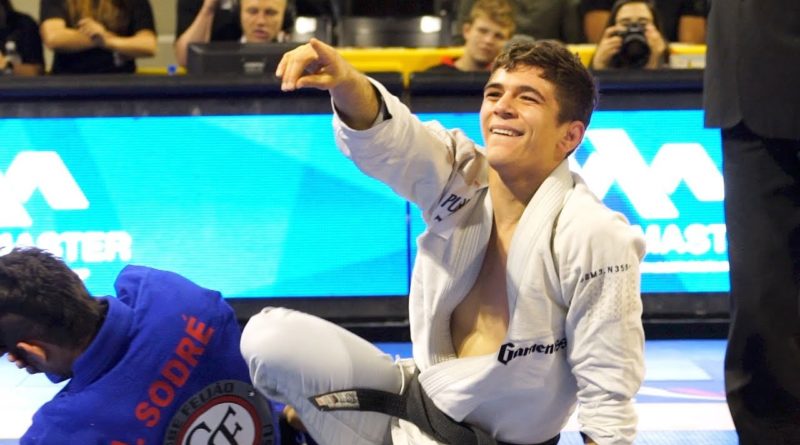 Mikey Musumeci is out of the 2020 IBJJF Pans. Unfortunately, the young Musumeci has pulled out of the most anticipated event from the IBJJF. According to the latest information available, he won’t be competing because he is preparing content for BJJ Fanatics.

Musumeci took to social media today to make the announcement. He also mentioned on an Instagram post that he wouldn’t be fighting at Pans. The reason he gave is that he is working on a series for BJJ Fanatics. BJJ Fanatics is a major site for Brazilian Jiu Jitsu instructionales. The web page, led by 4x World Champion Bernardo Faria, has become a go-to site for online BJJ learning.

He received plenty of comments of support for the post, since most people regard Musumeci as one of the most insightful athletes today. He didn’t announce dates for the release. But it will take at least a few months if they haven’t yet started filming.

There’s one interesting reflection Musumeci talks about in his post. He notes that he doesn’t think he’s as good of a competitor as he is knowledgeable of the sport of BJJ. It will be interesting to see what intricacies of his game and systems he chooses to reveal. But you can be sure they will be extremely detailed and well thought out.

With him out of 2020 IBJJF Pans, we’ll have to wait a little longer to see him battle the heavyweights. You can see his full post talking about his reasons below.

With Musumeci out of 2020 IBJJF Pans: How’s the division shape up?

The heavyweight division was one of the most intriguing. It featured a roosterweight in Musumeci going against 210-lb. heavyweights. If this didn’t sell the event for you, you also had Roberto Jimenez, Gustavo Batista and Aaron ‘Tex’ Johnson in there. With Musumeci out, I think Batista is the heavy favorite for the division. He has already faced and beat Jimenez.

With Musumeci out, the potential foot-lock shootout between Musumeci and ‘Tex’ Johnson is also off the table. Johnson could still end up fighting Jimenez, Batista, or both. Jimenez vs Johnson is loaded with fireworks. Johnson’s straight ankle locks are savage, and Jimenez has been tapped by leg locks before. Batista is Johnson’s biggest threat, as his heavy hips will most likely stifle Johnsons attempts to go under or dive for a leg.

What do you guys think of this change? Do you still think Jimenez takes the division? Or do you think Batista makes it 2-0 vs Jimenez and wins the Heavyweight division? Let us know your thoughts by clicking here.