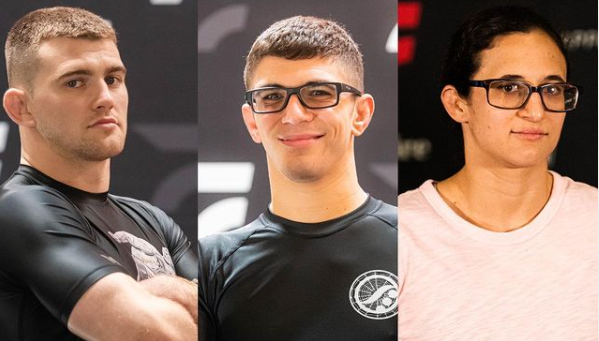 In an Instagram story, Leon clarified his involvement with PFS. He will continue to train and teach in Toledo, OH, but he and his students will be competing under the PFS banner in all major competitions. In a statement to FloGrappling, Leon also explained that has had a years-long working relationship with PFS head Heath Pedigo, training with him and the Daisy Fresh crew several times a year.

Pedigo will be coaching in MIkey Musumeci’s corner on Wednesday at Who’s Number One (WNO), when Musumeci will face Richard Alarcon for the vacant WNO bantamweight title.

Based out of Mr. Vernon, IL, PFS has risen to prominence in the past couple of years, thanks in large part to the success of its top competitors, Andrew Wiltse and Jacob Couch, as well as the team’s legendary training sessions inside a former laundromat (hence the “Daisy Fresh” name). The team made its mark on jiu-jitsu in 2021, winning the IBJJF no-gi Pans team title.

Dante Leon is one of the sport’s most active elite competitors. He most recently competed at the no-gi Worlds where he earned second place. Prior to that, Leon went 1-2 at the WNO Championships with a win over Jon Blank and losses to Tye Ruotolo and William Tackett. He holds recent notable wins over Renato Canuto, Kody Steele, and Davi Ramos.

After finding tons of success competing in the gi with three consecutive world titles, Mikey Musumeci has competed exclusively in no-gi this year. In 2021, he holds Who’s Number One wins over Marcelo Cohen, Lucas Pinheiro, and Junny Ocasio, and an ADCC-rules win over Geo Martinez. Musumeci came up short at the WNO championships, losing by submission in the first round.

The older sister to Mikey, Tammi Musumeci is a 2019 IBJJF world champion and an ADCC bronze medalist. After more than a year away, Musumeci recently returned to competition at the WNO Championships, where she went 3-1 to secure a third place finish.