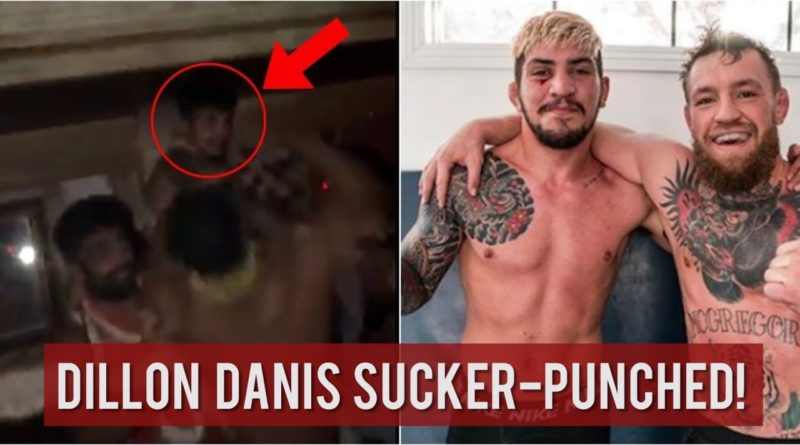 Despite having had less fights than most people getting their first UFC or Bellator call-up, Dillon Danis is slowly becoming a popular name in MMA thanks to his brash persona and unrelenting trash-talk. Everybody knows that sometimes trash talk backfires (Just ask Ben Askren if you don’t believe me) but it’s not often it backfires outside of the sport itself. That’s exactly what happened this last weekend, though when Danis took a shot to the chin from a stranger in a nightclub, bringing his unofficial schoolyard record to 0-2.

First, Danis ate Khabib’s foot like it was a Big Mac. One dropping from about ten feet above him, still attached to the angry Dagestani it belongs to. But that was fine, at least it was a world champion who got the upper hand and in fairness to Danis, he did manage to get a few slaps in shortly afterwards until what looked like a hundred security guards tore the pair apart.

But this? This was a total unknown and he sent Danis flying to the floor before he could return fire. Right now there’s an insurance salesman somewhere in New York sitting pretty smug in work thinking of how he could be Bellator champion after a few months of training.

What did Danis have to say about all of this? “Another day in the life of Pablo” is what he told MMA Journalist, Ariel Helwani and at this rate “Pablo” is going to have more fights on his schoolyard record than the real one.