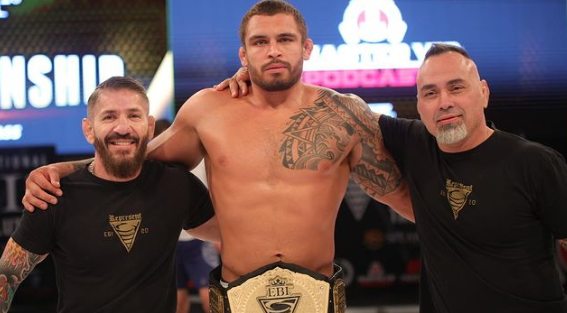 View results and highlights from EBI 20. The B-Team’s Nick Rodriguez walked away with four submissions and tournament gold.

On Sunday, the Eddie Bravo Invitational (EBI) returned to action with EBI 20: The Absolutes. In one of the most talent-rich EBI brackets in recent memory, The B-Team’s Nick Rodriguez came out on top, defeating ADCC veteran Kyle Boehm in the final.

A two-time ADCC silver medalist, Rodriguez showed off a variety of submissions throughout his tournament run, proving he is much more than just a wrestler and top control artist.

In the opening round, Rodriguez scored a reverse (or “side”) triangle on Ezequiel Zurita in just under three minutes into regulation. He followed that up with an overtime armbar victory over ADCC veteran Luke Griffith.

In the semifinals, Rodriguez took out Austin Baker in regulation with a triangle choke. Baker had lost to ADCC champion Giancarlo Bodoni in the opening round, but was slotted back into the bracket when Bodoni withdrew due to a rib injury.

And in the final, Rodriguez snagged his fourth submission – this time a rear-naked choke in overtime against 10th Planet standout Kyle Boehm.

In all, this was undeniably one of the best career performances from Rodriguez, who is still relatively young in his jiu-jitsu journey. Known for his explosive takedowns and brutally effective body lock passing, Rodriguez appeared to be much more of a submission hunter in this tournament, confidently chasing leg locks and triangle chokes.