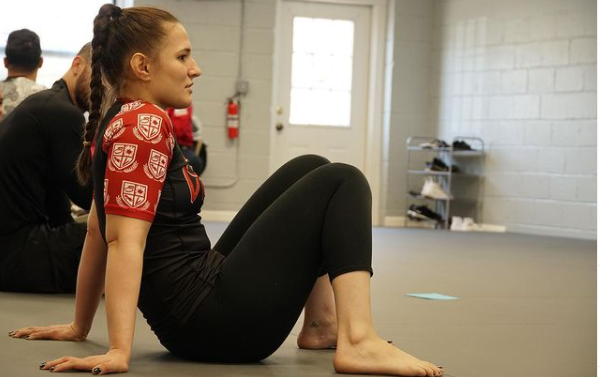 One of the best prospects in all of MMA is (again) scheduled to make her UFC debut. After her short-notice Octagon debut fell through, EBI champion Erin Blanchfield is now scheduled to fight Sarah Alpar in a flyweight fight at UFC 266 on September 4. A location has yet to be announced for the event.

The booking was first reported by MMAJunkie.

Then a purple belt under Karel “Silver Fox” Pravec, Erin Blanchfield won EBI 12 in 2017 on the strength of wins over Livia Gluchowska, Katherine Shen, Lila Smadja, and in the finals, accomplished competitor Gabi McComb.

In MMA, Blanchfield sports a 6-1 professional record, with the majority of her fights happening under the Invicta FC banner. And despite her grappling prowess, Blanchfield regularly does some of her best work with her striking, most notably when she picked up a spectacular head kick TKO over Victoria Leonardo in February 2020.

Blanchfield had been previously booked as a short-notice replacement to fight Norma Dumont at UFC on ABC 2, but the bout was scrapped when Dumont missed weight.

Blanchfield’s opponent, Sarah Alpar, is a one-time UFC veteran with a 9-5 professional record. She lost her UFC debut by TKO against Jessica-Rose Clark in September 2020.