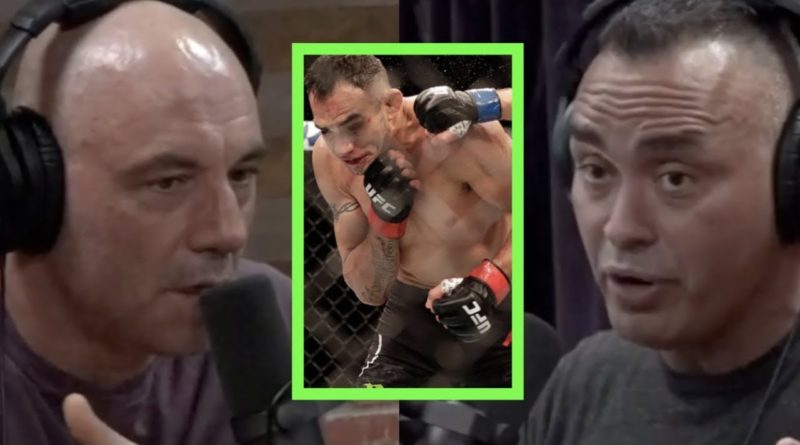 Eddie Bravo was in the corner for Tony Ferguson at UFC 249 as he is for most of El Cucuy’s fights and thanks to the event taking place in an entirely empty arena, we got to hear pretty much every word of his advice in the five round fight. As a result, Bravo took some heat from fans in the days after Ferguson lost to Gaethje via TKO as many accused him of giving bad advice, or of not recognising when to throw in the towel. Thankfully, Joe Rogan arranged to do a Fight Companion for UFC on ESPN 8 that Eddie Bravo would be a part of, and Brendan Schaub decided to be the one to open the discussion on his coaching of Ferguson during the fight.

Eddie Bravo then went on to explain his role in the Tony Ferguson corner and his own personal limitations as far as coaching in an MMA fight. Bravo openly says that he isn’t and has never wanted to be a fully rounded head MMA coach, akin to Firas Zahabi or Greg Jackson, and he is content knowing that he is an elite BJJ coach. Because of this, he points out that his cornering ability in what was essentially a five round kickboxing match, was limited to motivation only.

He also explains that throwing in the towel did cross his mind but as a strictly Jiu-Jitsu coach, it’s not his place to make that decision. He also points out that everybody knew that this was going to be a striking match coming into it, so giving him a microphone didn’t really make sense when Ferguson also has a head MMA coach and a striking coach in his corner at the same time, who would be giving advice more relevant to the fight.

For the full Fight Companion episode of the Joe Rogan Experience that the above clip is from, click here.

Or for the latest in MMA-related news, click here.