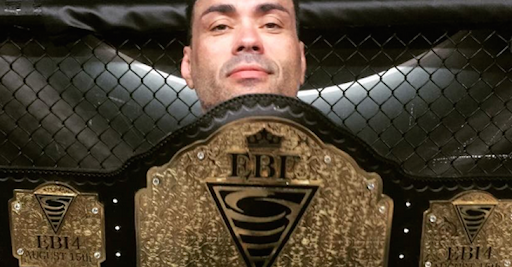 The Eddie Bravo Invitational (EBI) will make its long-awaited return in 2022.

On Sunday at the Combat Jiu-Jitsu Worlds, the EBI namesake and 10th Planet founder Eddie Bravo announced that the EBI tournaments will once again be held next year, and the first event will feature welterweights. In an Instagram post, Bravo tagged three potential EBI competitors for the welterweight tournament.

The three tagged competitors — Tye Ruotolo, Nicky Ryan, and Nathan Orchard — would be exciting additions to any EBI tournament.

The first EBI event took place in June 2014, with Geo Martinez and Garry Tonon both winning their divisions. In the following years, EBI tournaments became wildly popular, giving rise to the professional no-gi grappling competition scene. Many of today’s top competitors, including Tonon, Martinez, Gordon Ryan, and Craig Jones made names for themselves at EBI events. The last pure EBI event (not combat jiu-jitsu) took place in June 2018.

Part of what made EBI events so popular was the unique ruleset. During the first, ten-minute regulation period, there are no points, penalties, or advantages, and the only way to win in regulation is via submission. In the event there is no submission during regulation, the match moves to overtime periods. Over the three overtime periods, competitors take turns starting in either the spiderweb position or on the back; the grappler with either the fastest submission or fastest escape time wins.

A number of other grappling promotions continue to use the EBI ruleset, including Submission Underground (with a five-minute regulation period) and the Emerald City Invitational.