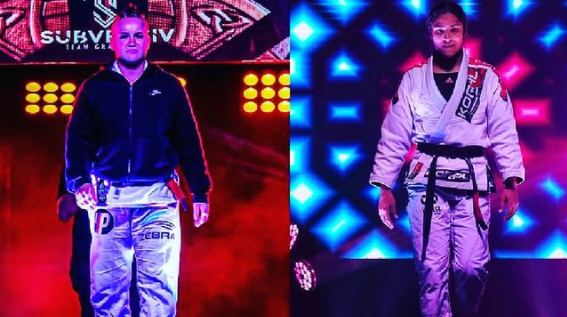 At Fight To Win 186 on Friday, October 29, no-gi world champion and Fight To Win champion Elisabeth Clay will take on European Open champion Thamara Ferreira for the Fight To Win lightweight no-gi title. The match was announced via the promotion’s Instagram.

Elisabeth Clay is one of the best pound-for-pound female competitors on the planet. A representative of Ares BJJ, she was a double gold medalist at the 2021 no-gi Pans, and is now fresh off winning gold at no-gi Worlds. Clay is an experienced submission-only competitor, as she is undefeated as a belt at Fight To Win, and holds Who’s Number One wins over Maggie Grindatti and Erin Harpe.

Thamara Ferreira was a brown belt world champion and is a black belt European Open champion. A black belt since 2019, she holds notable wins over Kendall Reusing, Gabi McComb, and Claudia Do Val. Though Ferreira is largely known for her accomplishments in the gi, she is no stranger to no-gi competition, recently losing a spirited and competitive match to Beatriz Mesquita at BJJ Stars.

Both women here are guard specialists. Against less-dangerous leg lockers, Ferreira might be willing to attack from the double-pull position, but with Clay’s leg lock prowess, Ferreira might try to avoid any and all leg entanglements. If Ferreira does elect to work from top position, she’ll need to be careful of Clay’s inversions and leg entries. Clay, on the other hand, will want to attack early and often, as recently losses to Rafaela Guedes have shown cracks in her vaunted guard.

How to watch: Fight To Win 186 takes place on Friday, October 29, and will air live on FloGrappling (subscription required).