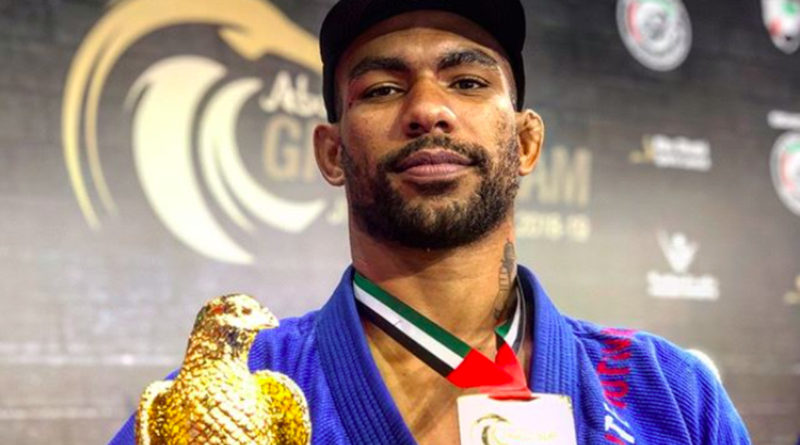 Erberth Santos speaks out about Saturday night’s melee in an Instagram post. In it, he claims he was assaulted during a photo op with a fan. It was too full, so he could not see who had done it. He also claims that everywhere he went before the matches, he was insulted and offended by the other teams.

Santos continues to explain that, when he was injured during his match, someone off to the side started shouting prejudiced insults, including insulting his mother. He rushed this person, who he does not name, and claims he did not start a physical altercation with him because he apologized immediately.

However, Santos said someone from an opposing team took this opportunity to blindside him.

For those who do not speak Portuguese, we’ve saved you the time and Google Translated it below:

“Talk to people, Today I came to talk a little of what really happened this last Sunday. As soon as I arrived at the event, I started the offenses, I left and I continued entering the gym, I arrived with my students, we talked and then went down the stands to be next to my teacher (Guigo), we were watching the fights right there . We both went up in the food court to take pictures with the fans, to talk to the crowd, the moment I was taking a picture with the guys I got a punch from behind the rib, it was too full I could not see who it was. I went down to the fighting area to concentrate, but every time I passed members of other teams offending me and making gestures towards me, this was happening until the beginning of the fight. We started the fight, and after a few minutes I injured myself and asked to stop the fight to see what had happened, called the doctors, until then blz … At that very moment they started calling me “monkey”; “offended”, “marginal”, very prejudiced offenses, the offenses not only remained with me, they cursed my mother who was not even in that moment until my teacher was offended, after that I ran up to the boy who was cursing everyone, when I got close to him, he apologized and I stopped, I was good, out of nowhere an opponent team face punched me in the face and ran out, behind him on the mat, falls on the other side, all my opponent’s students hit me with punches and tiptoes, until my OPPONENT came down from the mat to kick me, he hit a kick in my face and one in my belly, after that my team pulled me out. I know my attitude was totally wrong, but in the heat of the moment, I could not resist. At that moment a person I do not even know was cursing people that I LOVE on my side, it was not through the internet or social networks, it all happened less than a meter and a half, no one would take it. This text was just a preview of my statement, I’m going to make a video talking about everything that happened, how I felt at that moment and how I am today.”

As he said in the Instagram post, Santos expects to give an even more full account of what happened in a video to be released at a later date.

Regardless of his reasoning, many are condemning Santos’s actions. Gordon Ryan has come under fire for calling the brawl “hilarious” while at the same time condemning it and insulting Santos. Ryan has been outspoken in his view of the sport as founded by gangsters, rejecting the idea that BJJ is a sport of honor and respect.

Many argue that this attitude promotes a “bullying” culture in BJJ, while others dissent, claiming that such is the nature of a combat sport.