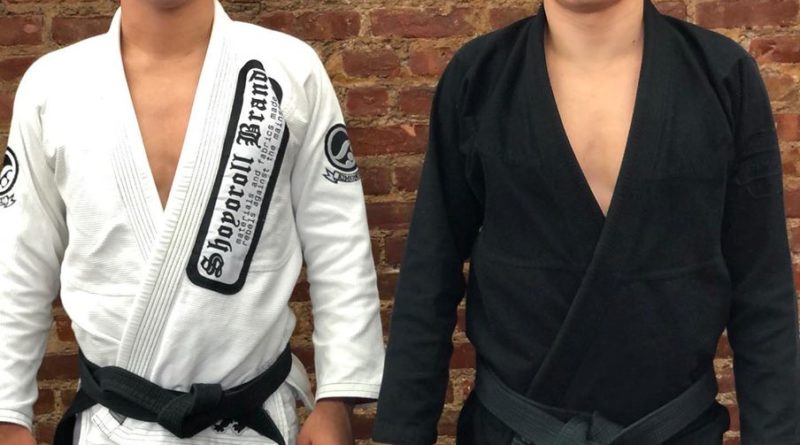 As recently reported, world BJJ champion Caio Terra announced a big challenge available for any grappler with a $10,000 cash prize. Whoever beats Mikey Musumeci wins the money, it’s as simple as that.

The fight itself is basically a bet. Here is why…

Caio Terra is the coach and teammate of Mikey Musumeci, he believes that he can beat anyone that gets put in front of him. To prove this, he is putting up $10,000 of his own money to any high-level black belt, of any weight who could beat Musumeci – provided that the opponent was also willing to put up $10,000 of their own money as well. It all stems from Musumeci’s recent fantastic showing in the IBJJF European Championships where he beat several men much bigger than him in the Absolute division.

Light-Featherweight Musumeci has confirmed that he will be facing Erberth Santos for the challenge. Musumeci first announced the news on FloGrappling’s Who’s #1 podcast, then later confirmed the match-up on social media.

Caio Terra began training Brazilian Jiu-Jitsu in 2003 and received his black belt in 2006, making his promotion to black belt one of the quickest recorded in Brazilian Jiu Jitsu. Like Terra, Musumeci is a small competitor, which is what makes this match-up an incredibly interesting one.

The size difference between Musumeci and Santos will make the fight a David and Goliath moment. Santos usually competes on the mats at 90kg or above, compared to Musumeci’s varied categories – competing as low as 57kg and as high as 70kg on the odd occasion .

This fight will demonstrate the ideology that in Brazilian Jiu Jitsu, technique can out-match size and muscle. However, when size and muscle also has technique, things get a little trickier.

Both are professional grapplers and elite fighters, but Santos has an evident size advantage in comparison to Musumeci so, just how will the fight turn out?

The fight is to prove that essentially, regardless of the size of the competitor, Musumeci is capable of beating anyone. With $20,000 on the line for him, he’s got a nice bit of motivation. However, Erberth Santos has had a bit of a rough year in 2019 after first being part of a public brawl at a BJJ event, and then a controversial finish in a high-profile tournament. He has promised fans that they’ll be seeing an improved version of him this year. Santos has a lot to live up to, and a lot on the line (including $10,000).